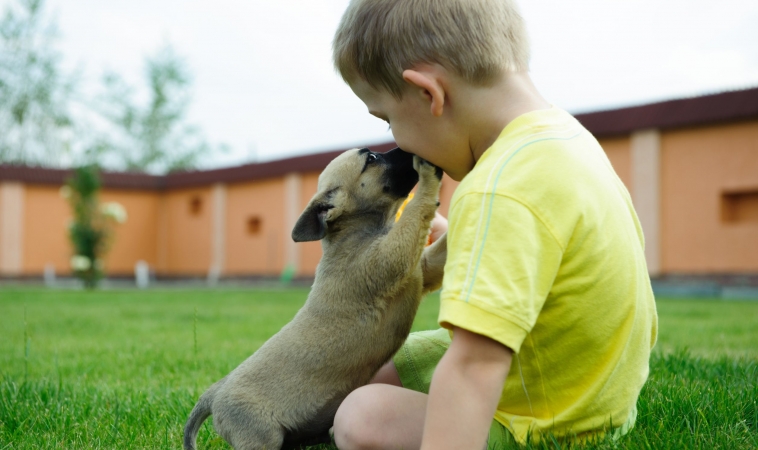 PANDAS, or Pediatric Autoimmune Neuropsychiatric Disorders Associated with Streptococcal Infections, is a disorder that can suddenly and drastically change a healthy child into an anxious, obsessive-compulsive, angry, or regressed child. Children with this disorder have a sudden onset of anxiety, OCD, tics, bedwetting, night-terrors, changes in handwriting, or other neurologic symptoms.1 Some children have uncontrollable movements, and other children may experience regression in their learning. The wide display of symptoms can make PANDAS a difficult diagnosis, but the correlation with a recent streptococcal infection, the sudden onset, and the presence of certain laboratory testing can help solidify a diagnosis.

Steven Rondeau, NMD, explains this further in his article on PANDAS:

The symptoms of PANDAS are not caused directly by the infection itself but rather by the body’s abnormal immune response. The exact nature of the obsessions and compulsions can vary from child to child. Clinical cases of PANDAS are not readily identified in the medical community, nor is universal treatment agreed on. PANDAS is a novel syndrome, but the concept of an infectious agent causing neurologic and behavioral or emotional symptoms is not entirely new. Sydenham chorea and Lyme disease are 2 conditions that follow a similar pattern.

What Causes PANDAS and How is it Treated?

The cause of PANDAS is still controversial, though certain studies point to an autoimmune cause. The immune system, as it tries to attack and kill the streptococcus organism, then also starts the attack the tissue in the brain and central nervous system.2 The treatment for PANDAS is still controversial due to limited evidence. However, the most standard current treatment for PANDAS includes antibiotic therapy. Some children may be on antibiotic prophylaxis for months. Some trials with antibiotics have demonstrated the resolution of neurological symptoms, like OCD, with antibiotic therapy.3

How do Naturopathic Physicians Treat PANDAS?

Naturopathic physicians address PANDAS as an autoimmune inflammatory disorder. The gut microbiome is a major focus for children with PANDAS, as the gut is responsible for creating immune cells that move into the periphery and suppress overactive immune responses.4 It is well known at this point in time that antibiotic use disrupts the normal gut microbiome.5 The use of long-term antibiotic therapy in PANDAS children is concerning due to its negative influence on the gut microbiome, which is so influential in regulating autoimmune reactions. Naturopathic physicians are also interested in reducing inflammation in children with this disorder. Inflammation can be best controlled by decreasing the consumption of inflammatory foods, such as sugar, high fructose corn syrup, trans-fatty acids, and processed foods. At the same time, increasing the consumption of anti-inflammatory foods, such as fresh fruits and vegetables, fish, berries, and green tea, can mediate some of the inflammation in these children. Certain children may be sensitive to gluten and dairy, and these foods may be perpetuating the autoimmune process. Testing for these sensitivities is one way to identify a reaction. In addition, a trial elimination with a journal of symptom tracking can also indicate if the child is worsened by gluten, diary, or other immunogenic foods. Anti-inflammatory supplementation may also be considered in certain cases. These include fish oils, Curcuma longa, Boswellia seratta,quercetin, and many others. Immunomodulators may also be considered, such as vitamin D, vitamin A, and probiotics.

Alterations in brain chemicals, otherwise known as neurotransmitters, can result from chronic inflammation in children with PANDAS. Parents of children with PANDAS may want to consider running a neurotransmitter panel to assess exactly what alterations have been made to the brain chemicals due to the inflammatory environment. In my experience clinically, some common patterns that are found in these children are low levels of serotonin coupled with high levels of neurotoxic quinolinic acid, leading to tics, depression, and night-terrors. Other children have imbalances in glutamate and GABA, worsening OCD and anxiety. Other children have deficiencies in epinephrine, leading to loss of focus and regression of learning skills.

Kimberly M. Sanders, ND, is a licensed naturopathic physician in Connecticut. She graduated from the University of Bridgeport and completed her CNME-accredited residency training there, as well. She was named 3-time MVP of the ZRT Cup Competition as a medical student. Dr Sanders currently owns ArthroWell Naturopathic, a specialty practice in rheumatology. She has undergone extensive pediatric and rheumatology training, and has lectured on the topic of autoimmunity and autism at the annual CNPA and NHAND conferences. Her passion in practice is finding the underlying cause of immune dysfunction and restoring balance to the immune system with functional medicine.