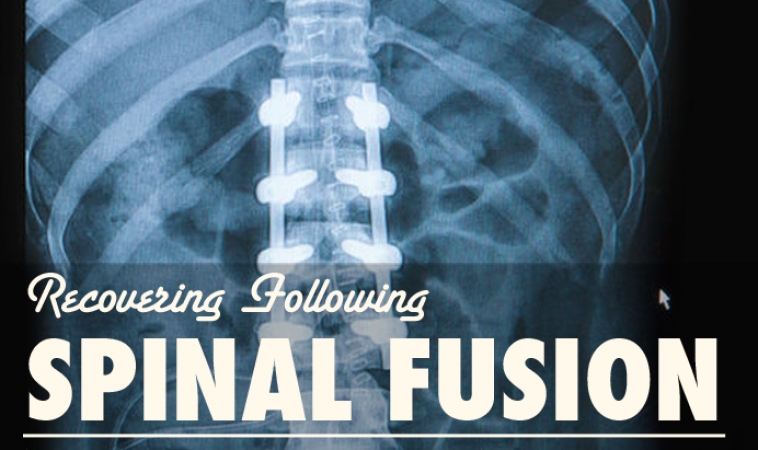 What is Spinal Fusion?

Spinal fusion is a surgery where two or more of a patient’s vertebrae are fused together to reduce back pain caused by problems along the spine. While spinal fusion may reduce pain and significantly improve quality of life, there are complications associated with the procedure, including infection and disc degeneration. Naturopathic medicine may be used to help prevent these complications and reduce the need to have additional back surgeries in the future.

Multiple studies have revealed the importance of maintaining a normal weight and body mass index (BMI) before and after spinal fusion. One study evaluated 163 patients treated surgically for vertebral disease and found that BMI was associated with having a reoccurrence of the problem.1 Another study found that obese patients undergoing spinal fusion had higher blood loss, longer lengths of hospital stay, higher complication rates, and worse outcomes than patients with a normal BMI.2 Similar findings were noted in another study of obese patients undergoing spinal surgery who had worse outcomes after surgery.3 Another study involving 3,353 patients found that obesity is also a risk factor for infections of the surgical site after spinal fusion.4However, being underweight is also a risk for complications after this surgery. One study found that malnourished patients had longer hospital stays and higher rates of major complications involving their lungs and hearts after the surgery.5 Poor nutrition before surgery is also associated with increased disease within the spinal column after surgery.6 Losing too much weight after spinal surgery is associated with an increased risk of infection.7One study summarizes that both a high BMI and poor nutritional status lead to complications.8

With all of this research in mind, patients should prepare for spinal surgery by trying to obtain a healthy BMI without under-nourishing themselves. After surgery, patients should try to maintain this healthy BMI and should not perform any drastic measures to lose weight.

Many patients undergoing spinal fusion have persistent fears of causing re-injury to the disc, and they often feel that the back is too unstable for exercise. However, an evidence-based review found that there is strong evidence of benefit for intensive exercise and rehabilitation programs that start four to six weeks after surgery. These exercise programs improve functional status and result in a quicker return to work. Furthermore, the effectiveness of supervised training as compared to home exercises appears to be equal. The review concludes that there is no evidence that patients need to have their activities restricted after first time lumbar disc surgery.9

Educating patients about exercise using cognitive behavior therapy to reduce fear of re-injury has been shown to help patients exercise. One study evaluated the effects of cognitive behavior therapy to help patients understand that ordinary physical activity would not harm the spine. The cognitive therapy also involved recommendations to use the back and bend the back as part of the exercise regimen. The study found improvements in outcomes in patients who received this therapy.10

After spinal fusion surgery, an exercise and rehabilitation program is very important. It is also very important for patients to understand that exercising will not further damage the spine. Patients are encouraged to talk with their doctor regarding an exercise program to help stimulate healing and strengthening of the back.

One study found that transcutaneous electrical nerve stimulation (TENS) reduces the need for opioid pain medications after spinal fusion. The study found that fatigue after surgery was less in patients treated with TENS instead of opioids.11 Low Level Laser Therapy (LLLT) may also be a useful therapy to enhance healing of the surgical wound site. A small 2004 study on 22 patients reviewed this therapy and found that it significantly enhanced wound healing.12

LLLT may also help with disc problems after surgery. LLLT may be effective for reducing pain and improving mobility of the spine in those with degenerative spinal disease. One study of 120 patients with diagnosed lumbar disc herniation received either laser therapy or magnetic therapy. The study found that LLLT had beneficial effects on pain in these patients.13 LLLT is safe and does not appear to have any side effects, according to the Cochrane Review.14

Stress negatively impacts outcomes in those with chronic back pain. One study found that symptoms of depression predicted negative outcomes in those with back pain.15 Another study was performed involving 102 patients and found that anxiety and depression before spinal surgery was significantly associated with failure to return to work after surgery and failure to report improved pain 6 months and 1 year after surgery. The authors conclude that screening for preoperative anxiety and depression may help predict outcomes after surgery.16 Similar findings have been revealed in more recent studies. A 2014 study concludes that treatment of depression and anxiety in these surgical patients may help improve functioning after surgery.17

Patients who are experiencing back pain and who are also experiencing anxiety and depression should seek help to resolve these emotions. Counseling and acupuncture are two particular treatments that may help resolve these emotions before undergoing back surgery. Studies support the idea that resolving anxiety and depression will improve how well back surgery works.

Guided imagery and mindfulness have also been shown to help with pain after spinal fusion surgery. One small study evaluated the use of guided imagery on postoperative pain in 40 adolescent spinal fusion patients. The intervention involved guided imagery and relaxation exercises to perform at home at least 3 times per week.   The study found significant improvements in postoperative pain in those who used the guided imagery and relaxation techniques as compared to those who underwent standard care alone.18 Mindfulness-based programs, including meditation and gentle yoga, have been shown to reduce psychological distress.19

Smoking increases the risk of poor outcomes follow spinal surgery. One study reveals that smoking increases the risk of postsurgical infections following spinal fusion surgery.20 For those patients who do not think they can fully quit before surgery, studies show that stopping 4 weeks prior to surgery reduces complication rates, and these patients have complication rates that are more similar to individuals who do not smoke.21

Kimberly M. Sanders, ND, is a licensed naturopathic physician in Connecticut. She graduated from the University of Bridgeport and completed her CNME-accredited residency training there, as well. She was named 3-time MVP of the ZRT Cup Competition as a medical student. Dr Sanders currently owns ArthroWell Naturopathic, a specialty practice in rheumatology. She has undergone extensive pediatric and rheumatology training, and has lectured on the topic of autoimmunity and autism at the annual CNPA and NHAND conferences. Her passion in practice is finding the underlying cause of immune dysfunction and restoring balance to the immune system with functional medicine.