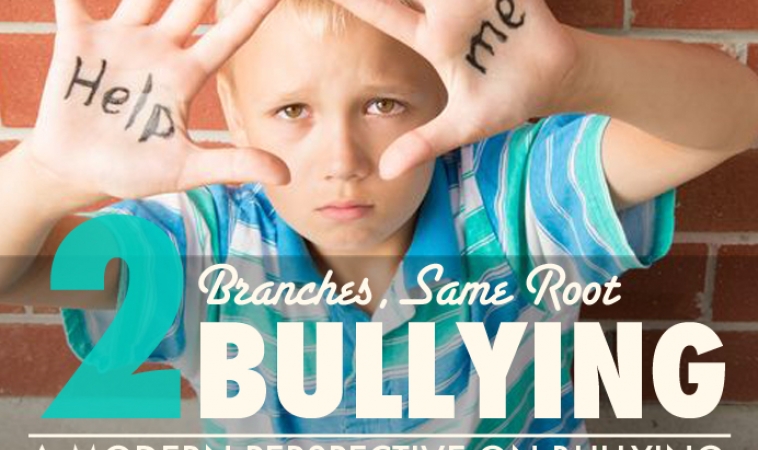 One of the reasons springtime feels so good is because it renews hope. It’s about growth and new phases of life, but that can invite challenges that send us running back to old patterns. In light of recent incidents involving the suicide of a teenager who experienced bullying, I thought it might wise to share some naturopathic perspective, as supported by research findings and writings of other experts.   As a naturopathic physician, when I’m trying to understand a case or get some understanding of a disease process, I ask myself the question of “what is right about this response”? Admittedly, it’s hard to find anything right about teenagers committing suicide, or even the merciless bullying by some teenagers, but let me be clear, I don’t mean “good”, I mean what is the expected response. What is right about a kid who is suffering, trying to find an outlet? Now you may ask, to which kid I’m referring, the victim of bullying or the perpetrator of it? Exactly. And this gets to the heart of it- two branches, one root. They are two different expressions of the same issue, misguided coping for emotional pain.

Research studies show that bullies and victims of bullies have similarities. For example, both are found to have difficulty with problem-solving skills, both have negative attitudes about self and others, and both typically come from homes with a great deal of conflict, according to a research study that was reported on in a 2010 article in Scientific American1.

In his book, “Nature and the Human Soul”2, author William Plotkin discusses a cycle whereby victims become perpetrators, who become victims. Someone who has a negative attitude about themselves or others, or trouble with problem solving, might be helpless, powerless in some way lack skill to live with a particular dilemma. They have to assume that the answer to their helplessness resides in “other”. They believe that there is someone who could/should rescue them or in some way affirm something in them. If the other fails to fix their problem, or conform to their desires, the delusion of the perfect rescuer gets popped, and the individual becomes a victim. They blame other. But the victim quickly becomes a perpetrator by blaming the other. “It’s not my fault, he/she didn’t conform, didn’t fix my situation. They must pay.” This situation demonstrates how the role of victim and perpetrator as just different roles of powerlessness and the discomfort it incites.

What does all this mean? There is new research into the development of adolescent brains, which may frame an understanding. Looking again at the commonalities between bullies and those who are bullied, problem solving is a skill, which requires the use of neurological pathways in the pre-frontal cortex. A study published in The Journal of Neuroscience3 showed that because of less developed pre-frontal cortex, adolescents have decreased ability to use reasoning to inhibit thought processes, thus diminished capacity for good decision-making. Bullies make decisions to intimidate, threaten and harm others to solve their “problem”, where victims often make decisions to hide the fact that they are bullied and may conclude that their only escape is suicide. Both brains are “right” in their attempt to solve the dilemma, but only from the limited perspective of that skewed way of thinking. Teens have limited ability to see beyond the immediate need for social validation, and this may be true especially for teens that have tumultuous and stressful home lives, where there is lack of support in navigating new changes that arise in pre-adulthood.

While there are not studies that show strong evidence that bullying directly causes teens to commit suicide, many studies have indicated a strong association between the bullying and suicidal thoughts. Further, the link extends to perpetrators of bullying as well, according to Dr. Young-Shin Kim, assistant professor at Yale School of Medicine’s Child Study Center, who conducted an analysis of 37 studies from around the world4. Dr. Kim believes there is enough correlation between bullying and suicide, that teens involved with bullying, from either side, should be evaluated for risks of harm to themselves.

The Thespian at the Oasis

Plotkin characterizes this time period of adolescence as, “the thespian at the oasis”. Adolescents, like actors, are trying out different character roles, to see what fits and what is “just a phase”, in order to discover the authentic self. This true self is what one carries into adulthood, because it has the appropriate balance of “social acceptance and self-approval.” Plotkin discusses the challenges of creating a socially acceptable and authentic self, because of the complex nature of contemporary society- social roles, sexual relationships, drugs and alcohol, and political perspectives. At junctures of change, a teen decides, often unconsciously, what parts of his self to keep and what part to let go of, the part that withers and dies. Sometimes those “old” aspects of self get reflected in others, inciting uncomfortable feelings and driving action to distance oneself from them. And here is where things go awry. In seeing parts of themselves that they fear, are tortured by, or in some way despise, some teenagers can’t handle the tension that arises when they see themselves in others, so they attempt to destroy it by bullying. It has the right intention, but a very wrong way to go about it. Likewise, bully victims can’t stand parts of themselves that are powerless and vulnerable. A mature and practiced individual may be able to tolerate or diminish the intensity, but here again, a teenager with very little guidance, may see the only action as becoming the victim to his own sword, or suicide.

There’s an oriental saying, ““You will not be punished for your anger, you will be punished by your anger”, which seems to hold true for the issue of bullying. The consequences of bullying are terrifying, but the not just for the victim. Both the victim and the bully are at risk for substance abuse, academic failure, depression, anxiety and physical manifestations of illness at higher levels than teens who are not involved in bullying. Statistics also show that African Americans and Latino Americans have higher rates of bullying, which is true for all ethnic minorities as well.5   Really, belonging to any marginalized group, increases the risk for being on both sides of the equation- perpetrator and victim, because it takes problem-solving skills to cope with being on the outside. Additionally, boys have more involvement in bullying, both as bullies and victims of bullying. A high percentage of bullies have also been victims., supporting Plotkin’s cycle of the victims and perpetrators. Regarding bullying in girls, at least one study has found that girls who were bullied were 1.5 times more likely to make suicidal attempts and girls who were bullies showed increased likelihood of suicidal thoughts and ideation.6

The Need for Mentors and Guidance

Despite the importance of guidance, some studies show that parenting influences are not cause for bullying and suicide. At the same time, closeness with the parent, with beliefs that they could confide in their parents, showed an inverse relationship to bullying and victimization by bullies. This has to start early and be maintained as starting a close relationship during adolescence, when teens are starting to individuate, is challenging at best.

Use of mentors may be helpful. Teenagers, need guides, apart from family members, who they can trust to allow them to try on different roles, to practice establishing a balance of authenticity and social acceptance. The parent is often too close to the situation to allow such freedom of experimentation, where a grandparent, aunt, family friend, teacher, counselor or spiritual guide may be more successful.

The naturopathic principle of treating the cause means educating youth toward a wider perspective of the truth. The homeopathic concept of “like to cure like” might apply here. Bringing kids together, with the intention of dissolving the dualism of bullies and victims, to talk about the shared challenges of finding authenticity is key. As parents, mentors and counselors, it is vitally important to listen and mirror their vulnerability, and equally important, to normalize the feeling of disempowerment by telling them about one’s own experience of feeling like a bully or victim and the challenges of working through it. Finally, strategize together, using higher level thinking skills, ways to foster empathy and commonalities instead of “me vs. them.” given that the shared root of bullies and victims is about finding the authentic self.

The greatest gift of naturopathic physicians is the ability to clearly perceive what is to be cured in diseases. The dynamic of bully and victim is no different. See the branches, but treat the root.