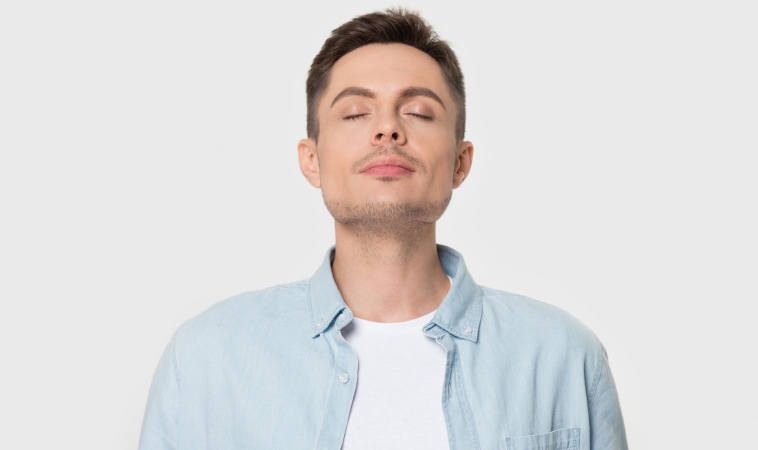 Unhealthy behaviors trigger moral judgments that are similar to the basic emotions that contribute to our ability to survive. Two different hypotheses are to be found in the current scientific literature as to the identity of these emotions. Some researchers single out disgust, while others opt for pain. After developing a new approach to brain imaging, a research team from the University of Geneva (UNIGE) has come down on the side of disgust. The study, which can be found in Science Advances, shows that unhealthy behaviors trigger brain responses that are similar to those prompted by bad smells. The research also identifies for the first time a biomarker in the brain for disgust.

Disgust is a basic emotion linked to our survivability. Smell provides information about the freshness of foodstuffs, while disgust means we can take action to avoid a potential source of poisoning. Following the same principle, pain helps us cope with any injuries we might suffer by activating our withdrawal reflexes. Psychologists believe that these types of survival reflexes might come into play in response to other people’s bad behaviour.

“These connections have been demonstrated via associations between situations and sensations,” begins Professor Corrado Corradi-Dell’Acqua, a researcher in UNIGE’s Department of Psychology and the study’s lead investigator. “For instance, if I drink something while reading an article about corruption that affects my moral judgment, I may find that my drink smells bad and tastes vile. Equally, the reverse is true: smells can generate inappropriate moral judgment. In concrete terms, if someone smells bad, other people tend to make the judgment that they’re unhealthy.”

While some studies suggest that disgust is involved in the process, others opt for pain, since they consider that moral judgments are made based on actual facts — hence the parallel with the mechanisms involved in pain. “If a driver is distracted, and does not see a pedestrian crossing a road, I will judge this person more negatively if the pedestrian was actually harmed, rather than avoided by chance,” explains the psychologist. His team set up an experimental paradigm and customised magnetic resonance imaging (MRI) techniques in an attempt to decide between the contradictory hypotheses.

The train dilemma as a paradigm

The first step was for Corradi-Dell’Acqua’s laboratory to subject volunteers to unpleasant odours or heat-induced pain. “The whole idea was to elicit a similar degree of discomfort with the two techniques so that they could work on the same levels.” Once the calibration had been performed, participants in the study were subjected to readings that evoked value judgments. “We used the train dilemma when five people are stuck on a railway track as a train approaches. The only possible way to save them is to push someone off the top of a bridge so that the switch is hit as they fall. In other words, it’s necessary to kill one person to save five in a highly immoral situation,” explains the researcher. The act of reading this unpleasant dilemma had an influence on the odors the participants smelt and caused disgust, but did not influence the pain, an outcome that was backed up by the participants’ electrodermal activity. This is a physiological measurement of the electrical conductance of the skin. It reflects the rate of sweating and the activity of the nervous system responsible for involuntary behavior.

Professor Corradi-Dell’Acqua then concentrated on the brain response. “It is difficult to infer pain and disgust from neural activity, as these two experiences often recruit the same brain areas. To dissociate them, we had to measure the global neuronal activity via MRI rather than focusing on specific regions,” summarizes the researcher. The Geneva team adopted a technique that allows predicting disgust and pain from the overall brain activity, such as specific biomarkers.

Using this tool, the researchers were able to prove that the overall brain response to disgust was influenced by previous moral judgment. Once again, moral judgments are indeed associated with disgust. “In addition to this important discovery for psychology, this study was the occasion for the development of a biomarker prototype for olfactory disgust. It’s a double step forward!” concludes Corradi-Dell’Acqua.