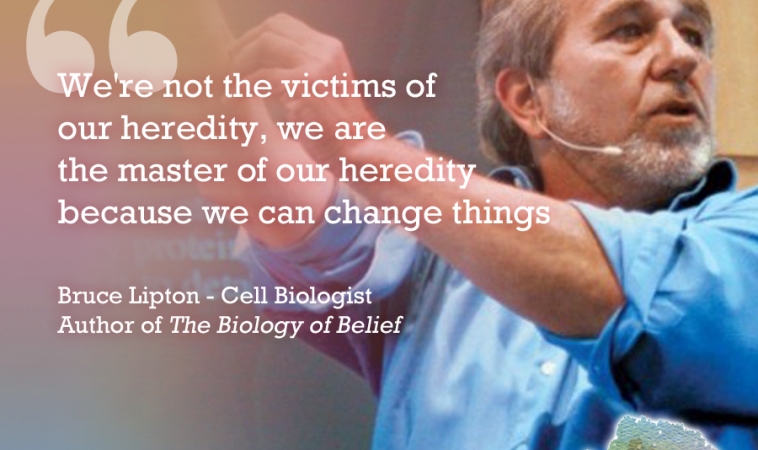 You Are Not A Victim! How Your Thoughts and Environment Control Your Genes with Bruce Lipton, PhD at the Natural Cancer Prevention Summit

(NaturalPath) In the post-genomic era, we find that the genes we are born with no longer define us, but influence us. As science tried to find a way to map the entirety of the human genome, new layers of influence, pave the way for our health destiny. We emerge into the field of epigenetics and the realm of the micro biome. These areas of science that can control the very core of our DNA, by turning on and off genes, which controls all aspect of human life. 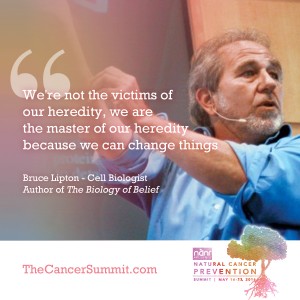 In an interview with Bruce Lipton, bestselling author of The Biology of Belief, Razi Berry (of thenatpath.com) probes into the science of how beliefs, perceptions, and thoughts affect our genes and the genetic influence on chronic disease.

Dr. Lipton began his scientific career as a cell biologist. He received his Ph.D. Degree from the University of Virginia at Charlottesville before joining the Department of Anatomy at the University of Wisconsin’s School of Medicine in 1973. Dr. Lipton’s research on muscular dystrophy, studies employing cloned human stem cells, focused upon the molecular mechanisms controlling cell behavior. An experimental tissue transplantation technique developed by Dr. Lipton and colleague Dr. Ed Schultz and published in the journal Science was subsequently employed as a novel form of human genetic engineering.

In 1982, Dr. Lipton began examining the principles of quantum physics and how they might be integrated into his understanding of the cell’s information processing systems. He produced breakthrough studies on the cell membrane, which revealed that this outer layer of the cell was an organic homologue of a computer chip, the cell’s equivalent of a brain. His research at Stanford University’s School of Medicine, between 1987 and 1992, revealed that the environment, operating though the membrane, controlled the behavior and physiology of the cell, turning genes on and off. His discoveries, which ran counter to the established scientific view that life is controlled by the genes, presaged one of today’s most important fields of study, the science of epigenetics. Two major scientific publications derived from these studies defined the molecular pathways connecting the mind and body. Many subsequent papers by other researchers have since validated his concepts and ideas.

During the interview, Bruce Lipton empowers listeners to not be the victim, and not to accept the fact that cancer “just happens.” The toxic environment in which we live physically, mentally, and spiritually influences our genetic make up to turn on or off cancer genes in our bodies.

Listen to the full interview with Bruce Lipton, PhD, Wednesday, May 18th, 2016 and learn more strategies and information to prevent cancer at the Natural Cancer Prevention Summit.