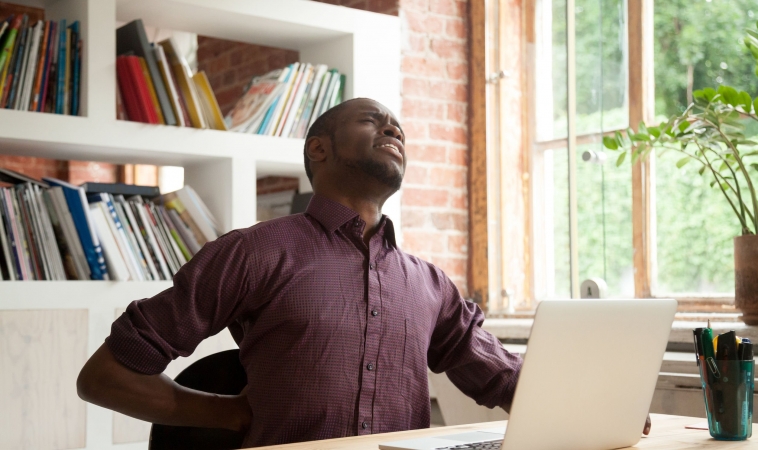 Scientists from South Ural State University have developed a “smart” chair, which allows forming correct body posture from childhood and thereby preventing many diseases. At the moment, this development has no analogues in the world.

The concept of new research has already been presented in the conference proceedings issued by the French publisher Atlantis Press, indexed in Scopus and Web of Science databases. Visually, the “smart” chair is not any different from an ordinary one. What is different is that it carries special sensors that detect a person’s posture and warn him/her when s/he is sitting incorrectly.

“Initially, the analysis of posture was conducted using a stabilometric platform. The weight of people changes depending on what position they are sitting in. The stabilometric platform determines the centre of mass of the human body and weight fluctuations and transfers these data to a computer monitor. If we know the fact that the human weight changes depending on the position, we can develop a device that will measure it and determine what position you are sitting in. This is an ordinary school chair in which the sensors are mounted as in weighing scales. When a person sits down correctly, the chair determines his weight. Deviations from the correct weight will be an indicator of bad posture,” says Vitaliy Epishev, Director of the Sport Science Research Centre.

Participants of the research

The participants of the research were sitting in different positions, and as a result, a regression equation for each position was built. Thus, different weight deviations when sitting incorrectly will indicate on the position in which the person is sitting at the moment. These data can be monitored in a real-time mode by a school teacher or parents of a child by receiving those on their cell phones. The “smart” chair will transmit the information via Wi-Fi or Bluetooth.

The information about how each of the pupils is sitting will be displayed on the teacher’s monitor, which will allow to control the formation of children’s good posture. Prevention of improper sitting in primary school is necessary in order to prevent many diseases that often result from bad posture. In addition to the teacher and parents, information will also be received by a physical education teacher and a school doctor.

It takes a village to raise good posture

“Parents and teachers will be able to have an impact on the child’s good posture. Why is this data necessary to the doctor and physical education teacher? If the pupil is sitting improperly, there must be some reason for this. For example, the cause may be a turn of the pelvis as a result of an injury, flat feet, or because one leg is shorter than the other. The doctor can diagnose this at an early stage. So, if flat feet are revealed, the physical education teacher will give a special set of exercises aimed at strengthening the feet, and will work with this pupil individually. Individual lessons will eliminate flat feet and adjust the length of the legs, which will prevent many diseases that a person may face in the future,” said Vitaliy Epishev.

Thus, the created device will diagnose pathologies associated with the musculoskeletal system of a person at an early stage, as well as monitor the results of individual child’s training in a real-time mode.

Prototype of “smart” chair has already been created

Currently, the research team is concerned with finalizing the program. The prototype of the “smart” chair has already been created, and in three months a pilot experiment will be held in which schoolchildren will take part.