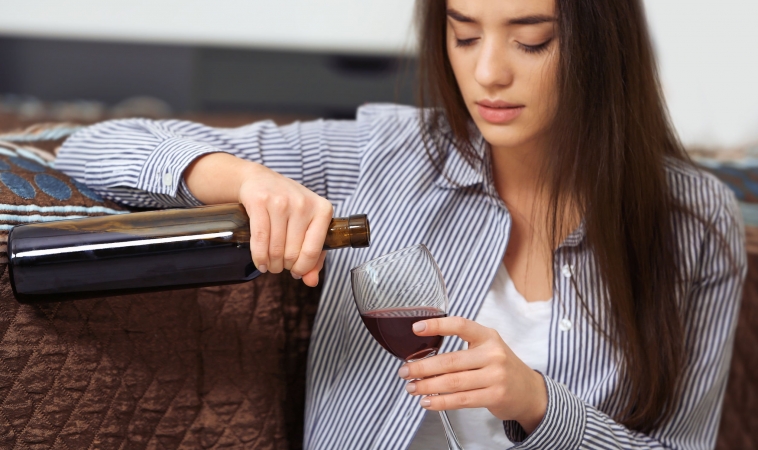 Drinking alcohol is a widespread habit in modern society and can have serious metabolic consequences. Recent studies have uncovered the interplay between nutrition, metabolism and circadian rhythms. But, until now, little has been done to understand the effects of alcohol consumption on circadian metabolism.

University of California, Irvine led the study titled, “Distinct Metabolic Adaptation of Liver Circadian Pathways to Acute and Chronic Patterns of Alcohol Intake,” which was published in Proceedings of National Academies of Science.

For the study, researchers used mice to analyze the effects of binge and chronic exposure to ethanol. They revealed that distinct drinking patterns elicit profoundly different effects through distinct cellular pathways, leading to differential adaptation of hepatic circadian metabolism.

“Our results showed how drinking patterns reprogrammed circadian metabolism in the liver. By understanding how the circadian process is involved in alcoholic liver disease, we can begin to target circadian therapeutics to develop better treatments,” said Paolo Sassone-Corsi, director of the UCI School of Medicine Center for Epigenetics and Metabolism and senior author of the study.

In earlier studies, Sassone-Corsi examined how circadian clocks can be rewired by such factors as sleep deprivation, diet and exercise. He has also discovered that the circadian clock in the liver has intrinsic functions that are independent from other organs in the body, including the brain.

Study underscores the link between circadian rhythms and alcohol metabolism

This study underscores the link between circadian rhythms and alcohol metabolism. When consumed, alcohol is primarily metabolized in the liver and is a prominent risk factor for the development of ALDs which include alcoholic hepatitis, cirrhosis and liver cancer, among others.

Razi Berry is the founder and publisher of the journal Naturopathic Doctor News & Review, which has been in print since 2005, and the premier consumer-faced website of naturopathic medicine, NaturalPath. She is the host of The Love is Medicine Project docuseries, The Natural Cancer Prevention Summit and The Heart Revolution-Heal, Empower and Follow Your Heart, and the popular 10-week Sugar Free Summer program. From a near death experience as a young girl that healed her failing heart, to later overcoming infertility and Chronic Fatigue Syndrome and Fibromyalgia through naturopathic medicine, Razi has lived the mind/body healing paradigm. Her projects uniquely capture the tradition and philosophy of naturopathy: The healing power of nature, the vital life force in every living thing and the undeniable role that science and mind/body medicine have in creating health and overcoming dis-ease. You can follow Razi on social media: Facebook at Razi Berry, Instagram at Razi.Berry and join the Love is Medicine group to explore the convergence of love and health. Look for more, and listen to more Love is Medicine podcast episodes here.