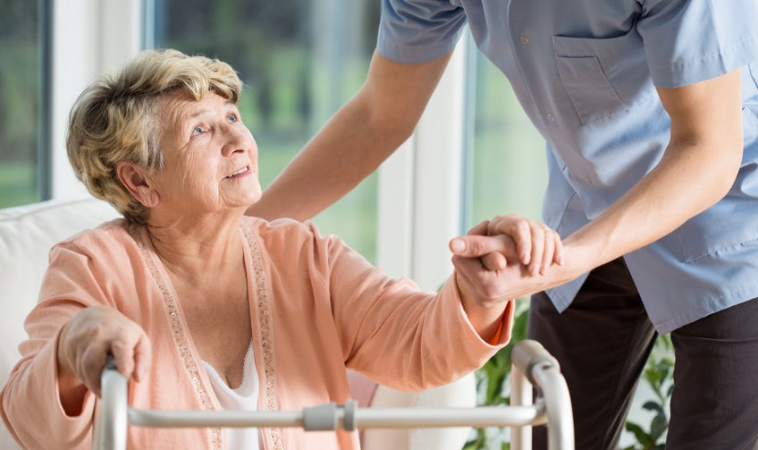 This claim of research was published online in April by JAMA Internal Medicine.

The study says that frail, elderly women living in nursing homes and long-term care facilities who received a single IV dose of the osteoporosis drug zoledronic acid showed improvement in their bone density.

Researchers at the University of Pittsburgh conducted a clinical trial looking at the efficacy and safety of zoledronic acid in the treatment of osteoporosis.

One dose of zoledronic acid can last two years.

The clinical trial lasted 24 months and included 181 women 65 or older who were diagnosed with osteoporosis – including women with cognitive impairment, immobility and multiple coexisting illnesses who were living in nursing homes and assisted living facilities.

About 89 of them received the substance in a 5 mg dose, and 92 were assigned to receive a placebo. All received daily vitamin D and calcium supplementation.

Hip and spine mineral density was measured at 12 and 24 months. The average total hip and spine BMD increased more in the treatment group.

The researchers conclude that the IV dose of zoledronic acid benefits even in frail patients.

“While it’s encouraging to hear that research is finding that limited dosing may show similar results to convention use, the fact remains that zoledronic acid does not promote building of new healthy bone,” Fleming said. “Bisphosphonates are a class of medication that increases retention of brittle, frail bone, which may increase bone density on screening tests such as DEXA, but it’s not healthy bone.”

She notes there are consequences to using this treatment.

“There are substantial side effects associated with zoledronic acid, most notably osteonecrosis of the jaw, deterioration of kidney function, and even an increase in fracture risk. Naturopathic medicine takes into account a person’s whole health and can address bone strength more effectively via diet, exercise, increasing digestion and absorption, balance, fall prevention, and appropriate supplementation,” she said.