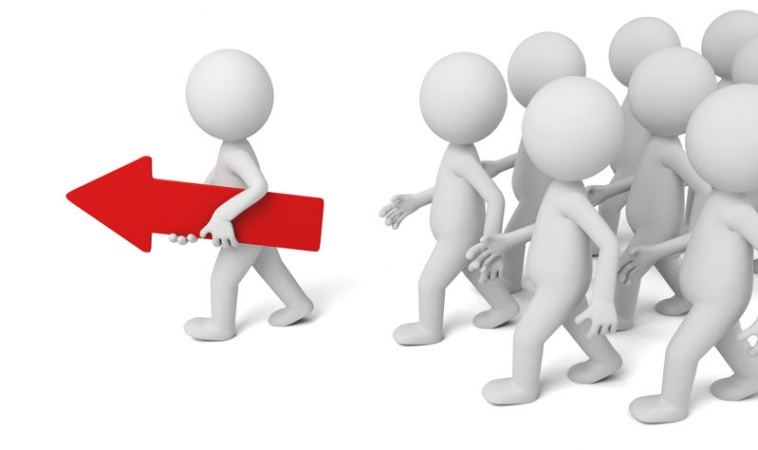 Some of the same brain systems known to play a role in learning from trial and error also are engaged when people conform to social norms, scientists report in a new study. The findings are important, the researchers said, because changing one’s behavior to align with one’s peers can contribute to community-building or — depending on the goals and values of the group — societal breakdown. The study is reported in the journal Psychophysiology.

“Our results show that other people’s behaviors have profound impacts on our brains, which will use these examples as evidence about what is good or bad,” said University of Illinois Urbana-Champaign graduate student Paul Bogdan, who led the research with U. of I. psychology professors Florin Dolcos and Sanda Dolcos at the Beckman Institute for Advanced Science and Technology. “We see that our drive to conform is a pivotal piece of our psychology, with close links to the important brain systems that support learning.”

The researchers set out to better understand how the brain navigates social situations. To do so, they had participants play a modified version of the “ultimatum game,” in which one player proposes how to split $10 with another. The other player, a responder, can either accept or reject the proposer’s offer. If a responder rejects the proposed split, neither party gets any money.

“The goal of the game is to maximize one’s own profits, so accepting any offer would be the logical way to proceed,” Florin Dolcos said. “But people don’t generally behave that way. If they feel an offer is unfair, they’re more likely to reject it, to punish unfair partners even though this comes at their own expense.”

The participants alternated between serving as proposers and responders. Throughout the experiment, participants interacted with a computer but thought they were dealing with other people.

“This design simulates repeated interactions within a community and sheds light on how cooperative relationships are formed and maintained,” Florin Dolcos said.

The researchers wanted to find the links between how people reacted when their partners accepted or rejected their offers and how their behavior changed after observing the offers as responders.

“Our behavior is … shaped indirectly by observing the actions of our peers, which oftentimes trigger drives to conform and imitate their behavior,” the authors wrote. “A key question is how the neurocognitive systems associated with processing other people’s actions overlap with the machinery dedicated to directly learning from rewards and losses.”

The team used electroencephalograms to track electrical activity in participants’ brains as they played the game. EEGs capture brain responses within hundreds of milliseconds after a stimulus. They also point to brain regions involved in those responses.

“We evaluated how participants responded to acceptances or rejections of their offers, then looked for patterns of brain activity that coincided with their decisions to mimic their partners’ decisions,” Sanda Dolcos said.

The team saw that participants were influenced by how their negotiation partners behaved.

“They became more generous after receiving generous offers and more selfish after receiving selfish offers,” Bogdan said. “And we found that the drive to conform was linked to the same EEG patterns as changing one’s behavior following acceptances or rejections.

“These results demonstrate that the same brain system guides both pathways to behavior change,” Bogdan said. “This indicates that people learn from social information similarly to how they learn on their own from trial and error.”

The study suggests that understanding how someone sees the world “requires considering the people they associate with,” Bogdan said. “More often than not, these will be their guides to right versus wrong.”