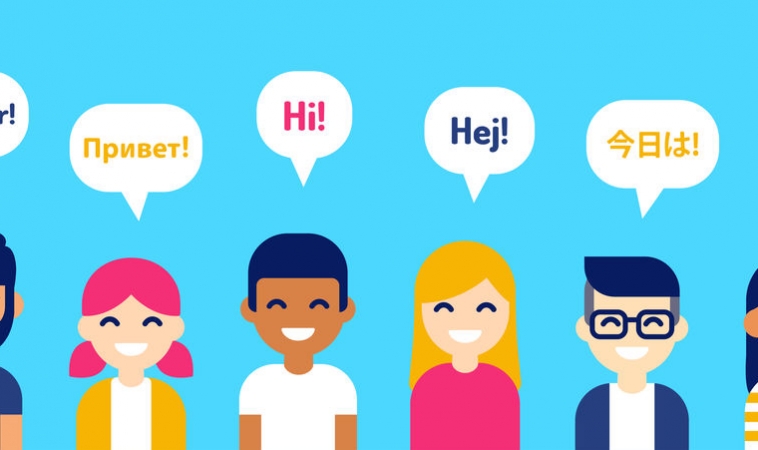 “In the first few months, you can quantitatively measure language-skill improvement by tracking brain activations,” said Professor Kuniyoshi L. Sakai, a neuroscientist at the University of Tokyo and first author of the research recently published in Frontiers in Behavioral Neuroscience.

Researchers followed 15 volunteers as they moved to Tokyo and completed introductory Japanese classes for at least three hours each day. All volunteers were native speakers of European languages in their 20s who had previously studied English as children or teenagers, but had no prior experience studying Japanese or traveling to Japan.

Volunteers took multiple choice reading and listening tests after at least eight weeks of lessons and again six to fourteen weeks later. Researchers chose to assess only the “passive” language skills of reading and listening because those can be more objectively scored than the “active” skills of writing and speaking. Volunteers were inside a magnetic resonance imaging (MRI) scanner while taking the tests so that researchers could measure local blood flow around their brain regions, an indicator of neuronal activity.

“In simple terms, there are four brain regions specialized for language . Even in a native, second or third language, the same regions are responsible,” said Sakai.

Those four regions are the grammar center and comprehension area in the left frontal lobe as well as the auditory processing and vocabulary areas in the temporo-parietal lobe. Additionally, the memory areas of the hippocampus and the vision areas of the brain, the occipital lobes, also become active to support the four language-related regions while taking the tests.

During the initial reading and listening tests, those areas of volunteers’ brains showed significant increases in blood flow, revealing that the volunteers were thinking hard to recognize the characters and sounds of the unfamiliar language. Volunteers scored about 45% accuracy on the reading tests and 75% accuracy on the listening tests (random guessing on the multiple choice tests would produce 25% accuracy).

At the second test several weeks later, volunteers’ reading test scores improved to an average of 55%. Their accuracy on the listening tests was unchanged, but they were faster to choose an answer, which researchers interpret as improved comprehension.

Comparing results from the first tests to the second tests, after additional weeks of study, researchers found decreased brain activation in the grammar center and comprehension area during listening tests, as well as in the visual areas of the occipital lobes during the reading tests.

“We expect that brain activation goes down after successfully learning a language because it doesn’t require so much energy to understand,” said Sakai.

Notably during the second listening test, volunteers had slightly increased activation of the auditory processing area of their temporal lobes, likely due to an improved “mind’s voice” while hearing.

“Beginners have not mastered the sound patterns of the new language, so cannot hold in memory and imagine them well. They are still expending a lot of energy to recognize the speech in contrast to letters or grammar rules,” said Sakai.

This pattern of brain activation changes — a dramatic initial rise during the learning phase and a decline as the new language is successfully acquired and consolidated — can give experts in the neurobiology of language a biometric tool to assess curricula for language learners or potentially for people regaining language skills lost after a stroke or other brain injury.

“In the future, we can measure brain activations to objectively compare different methods to learn a language and select a more effective technique,” said Sakai.

Until an ideal method can be identified, researchers at UTokyo recommend acquiring a language in an immersion-style natural environment like studying abroad, or any way that simultaneously activates the brain’s four language regions.

This pattern of brain activation over time in individual volunteers’ brains mirrors results from previous research where Sakai and his collaborators worked with native Japanese-speaking 13- and 19-year-olds who learned English in standard Tokyo public school lessons. Six years of study seemed to allow the 19-year-olds to understand the second language well enough that brain activation levels reduced to levels similar to those of their native language.

The recent study confirmed this same pattern of brain activation changes over just a few months, not years, potentially providing encouragement for anyone looking to learn a new language as an adult.

“We all have the same human brain, so it is possible for us to learn any natural language. We should try to exchange ideas in multiple languages to build better communication skills, but also to understand the world better — to widen views about other people and about the future society,” said Sakai.