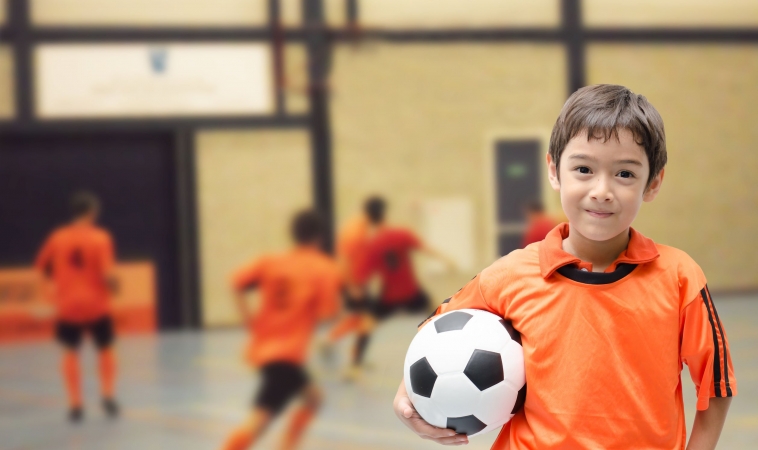 Emphasis on particular groups hinders efforts to address the problem of declining physical activity in children, according to a study led at the University of Strathclyde.

Children are at risk from a decline in physical activity

A review of more than 50 published studies, covering a total of 22,000 children, found that children of all ages around the world are at risk from a decline in physical activity. It fell steadily from the age of four or five, in both boys and girls and in every part of the world covered by the study.

Daily activity fell by three to four minutes each year overall, although it remained higher at weekends and on holidays.

Previous Strathclyde-led research found that physical activity levels might start tailing off as early as the age of seven, rather than during adolescence as is widely believed. It studied children in the north-east of England but the new research, published in Obesity Reviews, suggests that the drop in physical activity is a global issue.

The study also involved researchers from University College London, the University of Glasgow and the Aspetar Orthopaedic and Sports Medicine Hospital in Doha, Qatar.

It comes as a World Health Organization survey finds that more than 80% of girls and boys aged between 11 and 17 globally did not meet current recommendations of at least one hour of physical activity per day.

Professor John Reilly, of Strathclyde’s School of Psychological Sciences & Health, was a partner in the new Strathclyde-led study. He said:

“Higher levels of what is defined as moderate to vigorous physical activity in children improve their bone health, brain development and learning, levels of body fatness, cardiovascular and metabolic health and sleep.

However, despite these many important benefits, only a minority of children and adolescents meet recommended levels of physical activity.

The view that physical activity is high in children and does not decline until adolescence – and even then chiefly among girls – continues to be widely held among policymakers and practitioners around the world.

All children face a high risk for lack of physical activity

As a result, policies and practices aimed at promoting activity have focused on adolescent girls, who are seen as a group at high risk group of low and declining physical activity; our study indicates that, while the relative decline is greater among girls, there is no one high risk group. All children face a high risk and physical activity needs to be promoted to them – and their parents – before they even start school. While we found a lack of studies covering developing countries, our findings do appear to bear out the conclusions of previous research and suggest that this is a worldwide problem.”

The research assessed studies of children and young people aged between two and 18, which measured activity with accelerometer devices. The individual studies covered Australia, New Zealand, the US, Mexico and numerous countries in Europe, including the UK.