Jennifer Lawrence is known for her extreme likability, but it’s that likability that she admits led her to agree to a deal – for her role in American Hustle –that was far below what her male counterparts earned.

Lawrence discovered the discrepancy in compensation following last fall’s hack of Sony’s internal emails. In a piece written for Lena Dunham’s newsletter in response to this discovery, Lawrence wrote, “If I’m honest with myself, I would be lying if I didn’t say there was an element of wanting to be liked that influenced my decision to close the deal without a real fight. I didn’t want to seem ‘difficult’ or ‘spoiled.'”

Those words really struck a chord with me. Imagine, Lawrence, an actress at the height of her career, afraid of coming off as abrasive or pushy. The result, in essence, was that the movie studio didn’t value her work as much as they did stars like Bradley Cooper, at least not financially.

Lawrence knew she was worth more, but didn’t push for her fair share for fear of how she’d come across. Looking back, she’s well aware she made that conscious decision.

“Jeremy Renner, Christian Bale and Bradley Cooper all fought and succeeded in negotiating powerful deals for themselves,” she wrote. “If anything, I’m sure they were commended for being fierce and tactical, while I was busy worrying about coming across as a brat and not getting my fair share.” 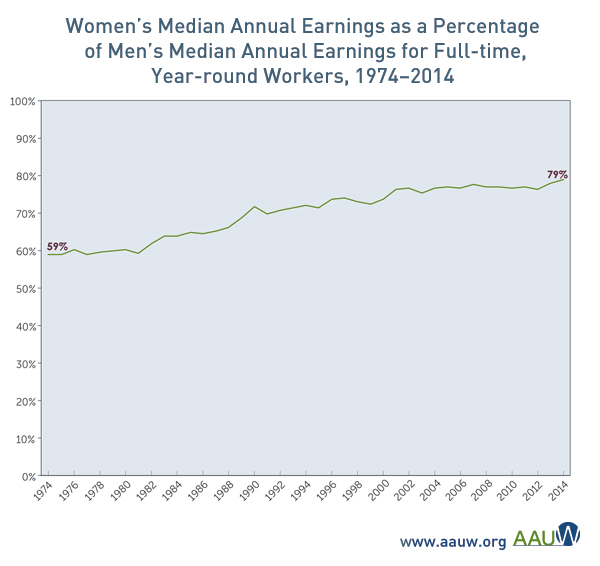 According to the American Association of University Women (AAUW), in 2014, women working full-time in the U.S. were paid, on average, just 79% of what men were paid (a gap of 21%). The gap has narrowed since the 1970s, but in recent years, progress has stalled. It appears that if we’re going to live to see the day where this gap becomes nonexistent, women need to begin to fight and make their voices heard.

Does the gender wage gap impact what we make as naturopathic doctors?

In a profession that is approximately 77% female, I can’t help but wonder to what degree some of the lower salaries garnered by NDs in comparison to other practitioners with similar training has to do with the vast majority of us being female, and how much is due to us not recognizing our true worth, or being willing to fight for what we rightfully deserve.

This may result in an inner struggle, I realize. Ours is a giving profession. Most students are drawn to becoming an ND not for financial gain and prestige – but to leave the planet and its people in better shape than the way we found it. However, much like how Lawrence isn’t saying she needsmore money, the purpose of addressing the gender wage gap is largely about eradicating a gender wage gap that devalues the work we do not only to ourselves, but to our peers in the medical field as well as to our patients.

It’s become clear to me that the only way women can begin to even the playing field is by knowing the market value for what we bring to the table and not leaving the table until we get what we deserve.

Sure, I fully understand that there is an inherent juxtaposition of the selfless healer and the shrewd negotiator. However, I think both can and must exist for us to elevate the profession to the next level.

Think of it this way: would Jennifer Lawrence be any less America’s Sweetheartif she fought to get paid what we all know she deserves – at minimum the same as her male counterparts? I doubt it. Similarly, we as NDs shouldn’t have to fear compromising the selfless motivation that led us to this career simply because we know, and are willing to fight for, the true value of our work.