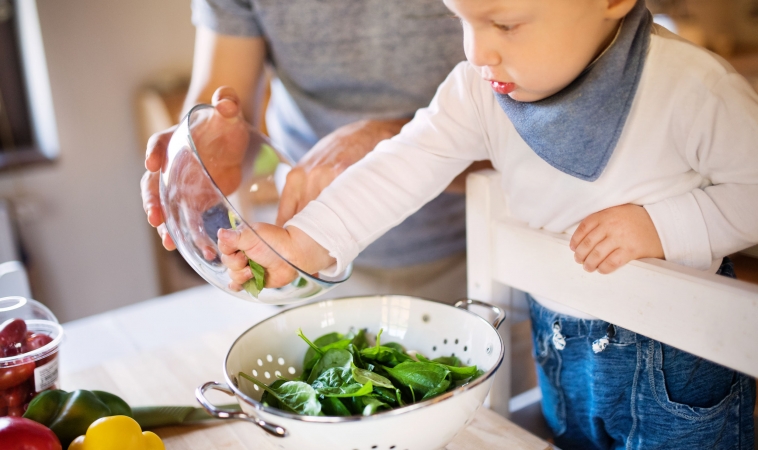 Parents should not feel pressured to make their young children undertake structured learning or achieve specific tasks, particularly during lockdown. A new study of children under the age of two has found that parents who take a more flexible approach to their child’s learning can — for children who were easy babies — minimize behavioral problems during toddler-hood.

The flexible method of parenting, known as ‘autonomy support’, places emphasis on the child taking the lead. As the child engages in tasks, parents should watch and adjust how they respond according to how the child is managing, say the researchers. They acknowledge that this method of helping the child to be in control is not necessarily easy.

‘It’s not about doing everything for your child’

“It’s not about doing everything for your child, or directing their actions. It’s more of a to-and-fro between parent and child. Parents who do best at this can sit back and watch when they see their child succeeding with something, but increase support or adapt the task when they see the child struggling,” said Professor Claire Hughes, Deputy Director of the Centre for Family Research at the University of Cambridge, and joint first author of the study with Dr Rory Devine at the University of Birmingham’s School of Psychology.

The study, published in the journal Developmental Science, found a link between parental autonomy support in 14-month-old children, and reduced behavioral problems ten months later. But this link only applied to children who had been rated as ‘easy babies’- those in a generally happy mood, who adapted easily to new experiences and quickly established routines. Children who demonstrated high levels of self-control at 14 months were less likely than their peers to have behavior problems at 24 months.

“If you’re blessed with a happy baby, then you can get them through the ‘terrible twos’ without things getting too bad or lasting too long, by being flexible about the way you play with your child between the age of 14 and 24 months. A puzzle game, for example, can turn into quite a different game if you allow your child to take the lead,” said Hughes.

Many toddlers have temper tantrums exhibiting frustration and defiance

Many toddlers have temper tantrums and exhibit frustration and defiant behaviour, in what is commonly known as the ‘terrible twos’. Unfortunately, the autonomy support strategy isn’t equally effective for all children: those born with a more irritable temperament are still more likely to be difficult toddlers.

Parenting must be tailored according to the child

Parenting must be tailored according to the child, say the researchers. Parents who don’t remember their baby having an easy temperament should let go of the idea of achieving specific goals during play, and allow their children to develop at their own pace.

“As we cope with the upheavals of being in lockdown, we’re having to be patient with ourselves in so many ways. Parents particularly need to be more patient with the toddlers who found life a bit more challenging, even in ordinary times,” said Hughes.

Over 400 expectant couples were recruited for the study from the East of England, New York State and the Netherlands. Each couple was visited when their new baby was 4 months, 14 months and 24 months old, and filmed interacting as their young children carried out a range of specific tasks. The research team carefully rated the level of parental support for each interaction. In addition, parents rated their child’s temperament as a baby, and behavioural problems at 14 and 24 months.

Simple tasks were used to test the level of autonomy support parents gave to their child. In one, each child was given farm animal pieces that fitted into cut-out shapes on a board. Some of the parents appeared quite anxious for their child to put the pieces in the right places, and gave them a lot of help. Others spotted that the task was too difficult for their child, and let the game evolve by following the child’s lead.

“We had some children who took two animal pieces from a wooden farm puzzle and started clapping them together, and making a game out of the fact that they made a clapping noise. Here, parents might respond by encouraging the child to make animal noises that match the animals being clapped together,” said Devine. “Autonomy supportive parenting is about being flexible, following a child’s lead, and providing just the right amount of challenge.”

During lockdown, many parents are having to look after young children at home rather than leaving them in nursery care during working hours. Trying to keep children motivated and engaged all day can be a daunting task. Yet having more time to spend with young children can also be seen as a rare opportunity to explore new ways of engaging with them, say the researchers.

“Rather than trying to make a child achieve a rigidly defined task, autonomy support is more of a playful interaction. It promotes the child’s problem solving and their ability to learn, by letting games or tasks evolve into experiences that engage them,” said Hughes.

Previous studies have looked at links between executive function and antisocial behavior, and separately at family influences on conduct problems. This study is unique in its direct observational measures of parent-child interactions, in combination with a group of executive function tasks.

The researchers found the link between executive function at 14 months and reduced problem behaviours at 24 months held up even when controlling for other factors like a child’s language skills, and the quality of mother-child interactions.