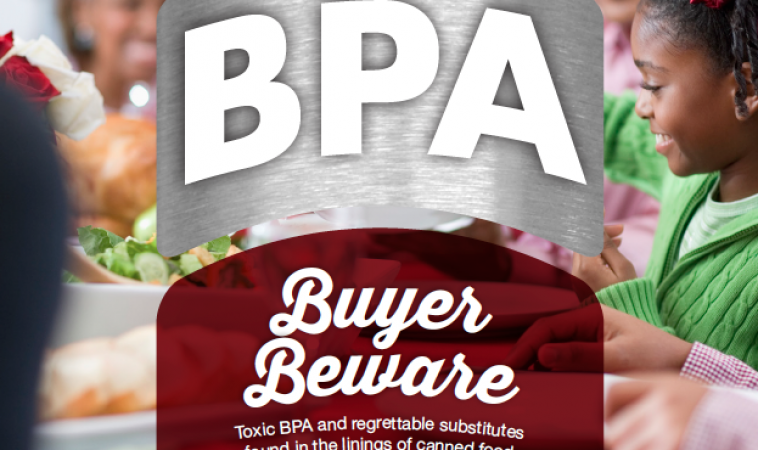 (NaturalPath) A new study from The Breast Cancer Fund reported that 2 out of 3 food cans tested contain toxic chemicals in their lining. The organizations found endocrine disrupting chemical, Bisphenol A (BPA), in the interior linings and lids of Campbell’s, Del Monte, General Mills, Kroger, Albertsons, and other canned food products. They tested over 200 food cans and found BPA in the overwhelming majority of them. BPA is connected to an increase risk for diabetes, cancers including breast and prostate, obesity, asthma, and certain neurological conditions.

The study found that “100 percent of Campbell’s products sampled (15 of 15) contained BPA-based epoxy, while the company says they are making significant progress in its transition away from BPA. Upon learning about the upcoming report, Campbell’s announced yesterday they are eliminating BPA in North American cans by mid- 2017. While this is a step in the right direction, report authors state the announcement left out important details that we think would make this truly good news for Campbell’s soup lovers.”

After this study was announced, like Campbell’s, many companies are beginning to move away from BPA linings and are migrating towards alternatives. This was the first study of its kind to study the safety of both BPA and BPA alternatives.

Regarding BPA alternatives, the study found that companies like “Amy’s Kitchen, Annie’s Homegrown (recently acquired by General Mills), Hain Celestial Group, and ConAgra have fully transitioned away from BPA and have disclosed the BPA alternatives they’re using. Eden Foods reported eliminating the use of BPA-based epoxy liners in 95 percent of its canned foods and stated that it is actively looking for alternatives. Whole Foods has clearly adopted the strongest policy of the retailers surveyed in the report. Whole Foods reports that store brand buyers are not currently accepting any new canned items with BPA in the lining material.”

Unfortunately, BPA alternatives may be no better than the substance they replace. One of the most common chemicals in BPA-free can linings is polyvinyl chloride (PVC). PVC is made from several toxic chemicals including vinyl chloride, which is a known carcinogen. Some of the other BPA free cans contained other possible carcinogens, such as acrylic resins, oleoresin, polyester resins, and styrene. More testing needs to be done to fully understand the potential risks of BPA free can linings.

Janet Nudelman, director of Program and Policy for the Breast Cancer Fund, spoke of a need for more disclosure from food companies:

“Most people in the United States are exposed to BPA every day, largely from food packaging, despite the negative health impacts. It shouldn’t be a buyer beware situation for shoppers every time they set foot in the canned food aisle. Campbell’s and other major national brands need to get BPA out of food can linings and fully disclose the identity and safety of any BPA alternatives they’re using. Consumers deserve protection from the toxic effects of this hormonally active chemical and the likelihood of exposure to unsafe toxic alternatives.”

The study recommends consumers purchase only fresh or frozen foods or buy canned foods exclusively from companies that disclose the compounds used in their cans and can linings.