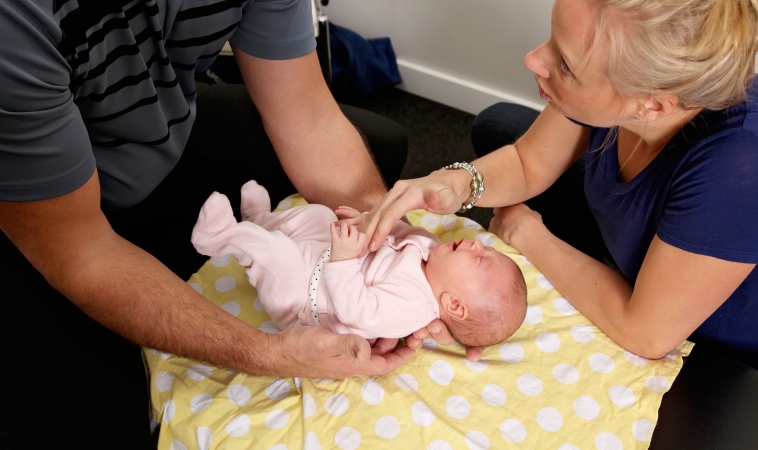 Premature infants often endure many health concerns early in life, and need various therapy interventions. One of these health concerns is poor bone strength and development, which can then put them at a higher risk for osteopenia later in life. Physical therapy interventions are implemented in infancy in order to improve bone density and strength.

Researchers recruited 34 very low birth weight (VLBW) preemies in order to study the effects of variation in physical activity frequency on bone strength. Participants were randomly selected for one of three groups. One group received physical activity twice a day, another group only once a day, and the control group received no physical activity therapy. The average birth weight of the infants was 127 grams, and the average gestational age was 28.6. Exercise began around eight days after birth, and continued for a four-week period. Measurements to assess bone health were conducted at baseline, and then at two, and four weeks into treatment. In order to objectively assess bone health, ultrasounds were used to measure density changes in the tibia bone.

Results from the study showed that the infants in the twice-daily physical activity group saw a decreased rate of bone mass decline, when compared to the other two groups. It appeared that there was a dose-response relationship, as infants receiving physical activity once daily also saw a decreased rate of decline when compared to the control group. It is unclear if twice daily is the optimal dose for physical exercise, however, it was determined that more benefits in bone strength were seen with twice daily exercise, when compared to once daily. There were no added safety concerns with the twice-daily exercise.

This study emphasizes the importance of physical activity in order to improve bone strength in premature infants.