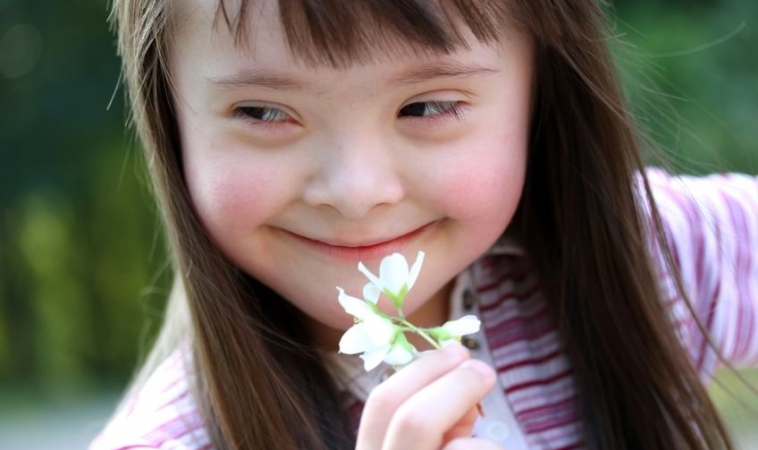 A new study led by Belgian and Spanish researchers published in Scientific Reports adds evidence about the potential benefits of green tea extracts in Down syndrome. The researchers observed that the intake of green tea extracts can reduce facial dysmorphology in children with Down syndrome when taken during the first three years of life. Additional experimental research in mice confirmed the positive effects at low doses. However, they also found that high doses of the extract can disrupt facial and bone development. More research is needed to fully understand the effects of green tea extracts and therefore they should always be taken under medical supervision.

Down syndrome is caused by the presence of a third copy of chromosome 21, leading to an overexpression of the genes in this region and resulting in a number of physical and intellectual disabilities. One of the genes, DYRK1A, contributes to altering brain and bone development in people with Down syndrome. The green tea compound EGCG (epigallocatechin-3-gallate) is known to inhibit DYRK1A activity, although it also has other mechanisms of action. Previous research has shown the potential of EGCG to improve cognition in young adults with Down syndrome.

In a new study, researchers analyzed the effect of green tea supplements on facial development in Down syndrome. In the experimental part of the study, the EGCG supplements were tested in mice at different dosages. In a second part of the research, they did an observational study on children with and without Down syndrome. This work, led by the Centre for Genomic Regulation (CRG), European Molecular Biology Laboratory (EMBL) and University of Barcelona in Spain and KU Leuven in Belgium, is an international effort involving researchers from University of Central Florida, La Salle — University Ramon Llull, and IMIM — Hospital del Mar Medical Research Institute.

For the mouse study, carried out at KU Leuven, the researchers started the treatment before birth, while the pups were developing in the wombs of their mothers, by adding either a low or a high dose of green tea extracts to their drinking water. “The low dose treatment had a positive effect on mice that are a model of Down syndrome,” Professor Greetje Vande Velde (KU Leuven) comments, co-lead author of the study. “Sixty percent of them showed a facial shape similar to the control group.”

“The high dose treatment, however, generated very mixed results, and even disrupted normal facial development in some cases, causing additional dysmorphology. This occurred in all mice, in the model of Down syndrome as well as in the control group.”

The observational study was set up in Spain and also included participants from North America. 287 children between 0 and 18 years participated, including children with Down syndrome who did (n = 13) or didn’t (n = 63) receive EGCG supplementation. The treated group were all self-medicated and didn’t follow a prescribed protocol.

“All participants were photographed from various angles to create a 3D model of their faces,” explains Neus Martínez-Abadías, professor at the University of Barcelona and co-lead author of the study. “We use 21 facial landmarks, and the distances between them, to compare the faces of the participants. In the youngest group between 0 and 3 years, we observed that 57 percent of the linear distances are significantly different when you compare the faces of children with Down syndrome that never received the treatment to those of children that do not have Down syndrome. For babies and toddlers who did receive EGCG treatment, this difference was much smaller, only 25 percent. After green tea supplementation, the facial dysmorphology decreases and the children with or without Down syndrome look more alike.”

“We didn’t identify a similar effect in the adolescent group. Even when treated with green tea extracts, children with Down syndrome still show a difference of more than 50 percent compared to the control group. These findings suggest that the green tea supplements only affect facial development when they are administered in the early stages of life when the face and skull are rapidly growing.”

“Despite the potential benefits we observed, we must handle these findings with caution considering they are preliminary and based on an observational study,” Professor Vande Velde warns. “Much more research is necessary to evaluate the effects of EGCG-containing supplements, the appropriate dose and their therapeutic potential in general. We also need to take into the account possible effects on other organs and systems, not just on the development of the face. This requires first more basic research in the lab with mice, and then clinical studies with more participants and controlled use of these supplements.”

“Our findings suggest that effects of EGCG strongly depend on the dose.” Professor Martínez-Abadías concludes. “EGCG products are commercially available and they are used regularly as a general health-promoting compounds. However, it’s important to follow the European Food Safety Authority recommendations regarding the maximal intake and to always consult a physician before taking the supplements. Our research shows potential beneficial effects of facial development at low doses, but at very high doses they can produce unpredictable effects in mice. More research is needed in humans to determine the optimal dose at each age that maximizes the potential benefits.”