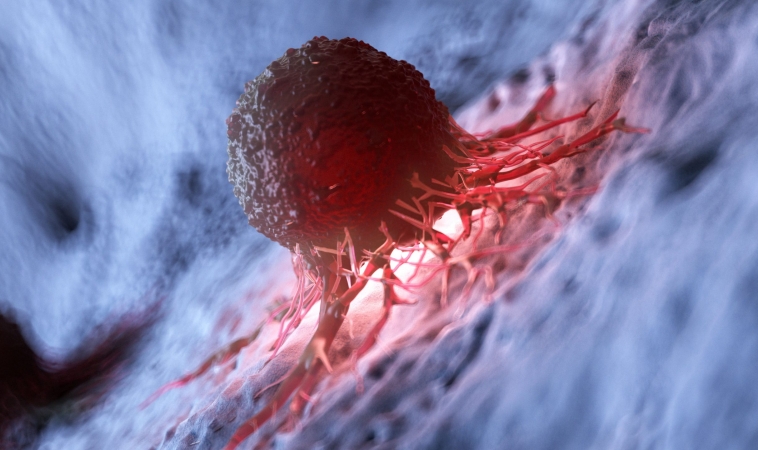 Most traditional cancer therapies target either the tumor cells themselves or indiscriminately kill any rapidly dividing cell. New findings by researchers at University of California San Diego School of Medicine indicate that manipulating macrophages, a type of immune cell found abundantly in the tissues surrounding a tumor, could also be a viable strategy for treating cancer.

The study, published June 10, 2020 in PLoS Biology, is the first to uncover the role a molecule called IRE1α plays in determining whether macrophages promote inflammation in the tissues surrounding cancer cells — a region known as the tumor microenvironment — and throw off the ability of other immune cells to fight cancer. Inflammation is known to promote tumor growth, making IRE1α an attractive target for future study and drug development.

“We’ve known that it takes a toll on a person’s ability to fight cancer when the tumor microenvironment is not properly regulated, when there’s a mix of pro-and anti-inflammatory macrophages,” said senior author Maurizio Zanetti, MD, professor of medicine at UC San Diego School of Medicine and head of the Laboratory of Immunology at UC San Diego Moores Cancer Center. “What we discovered here is how that happens, and a potential way to reverse it.”

IRE1α is a key regulator in the unfolded protein response

In the new study, Zanetti and team show for the first time that IRE1α and the unfolded protein response are also responsible for immune cell malfunction in the tumor microenvironment. The researchers found that IRE1α regulates macrophage activation, determining whether these abundant immune cells secrete molecules that increase inflammation and at the same time produce signals that suppress the immune system. They also discovered that IRE1α boosts levels of PD-L1, a molecule that inhibits other immune cells.

To corroborate their findings in mice, Zanetti and team looked for IRE1α patterns in genomic data available in The Cancer Genome Atlas (TCGA), the National Institutes of Health’s database of genomic information from thousands of human tumors. They found that in human breast and cervical cancers, the presence of macrophage IRE1α predicts the presence of PD-L1

IRE1α’s newly discovered role in regulating PD-L1 is significant because the interaction between PD-L1 on tumor cells and its receptor on immune cells tells the immune system to leave tumor cells alone. Checkpoint inhibitors, a type of cancer immunotherapy, treat cancer by blocking that interaction, and thus boosting the immune system’s ability to fight off cancer. Other recent studies have shown that a person’s response to anti-PD-L1 immunotherapy depends on the PD-L1 present on their macrophages, not on their tumor cells.

What this means, Zanetti said, is that a therapeutic drug that inhibits macrophage IRE1α might work indirectly as a checkpoint inhibitor — less IRE1α could mean less PD-L1, removing the brake and allowing a person’s immune system to better attack tumor cells on its own.

To test this approach, the team engineered mice that lack the IRE1α gene in their macrophages. These IRE1α-deficient mice survived melanoma better than control mice.

“The implication for therapy is that, down the line, we might be able to locally inhibit IRE1α to specifically prevent the mis-regulation of the macrophages that infiltrate tumors and thus tip the balance in favor of the immune system rather than the tumor,” Zanetti said. “There is an urgent need to develop IRE1α inhibitors as therapeutics for humans.”