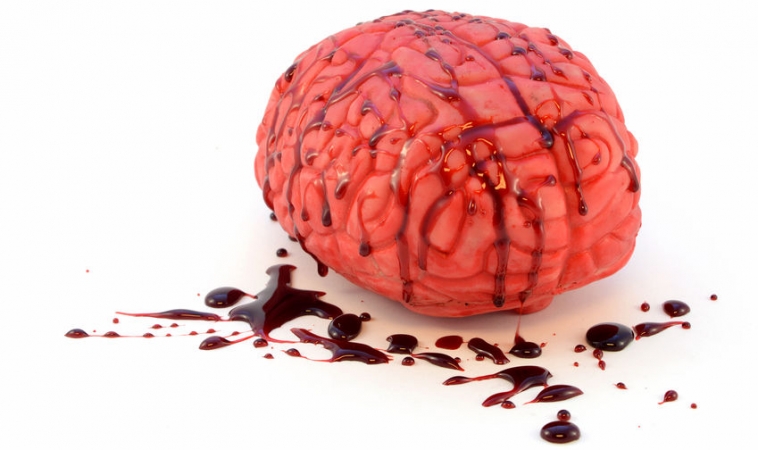 As people age, changes in the tiniest blood vessels in the brain, a condition called cerebral small vessel disease, can lead to thinking and memory problems and stroke. These changes can also affect the blood-brain barrier, a layer of cells that protect the brain from toxins circulating in the blood. Now a new study has found that people with cerebral small vessel disease who have blood-brain barrier leakage had more brain tissue damage over two years than people with less blood-brain barrier leakage. The study is published in Neurology, the medical journal of the American Academy of Neurology.

“Previous research has shown that disruption of the blood-brain barrier is increased in people with cerebral small vessel disease,” said study author Danielle Kerkhofs, M.D., of Maastricht University Medical Center in Maastricht, Netherlands. “People with cerebral small vessel disease also may have brain lesions called white matter hyperintensities. Such lesions are visible by MRI and believed to be signs of brain damage and a marker of the severity of disease. For our study, we wanted to see if a leaky blood-brain barrier was linked to degeneration of brain tissue even before these brain lesions appear. We looked at normal brain tissue, surrounding and close to the brain lesions, because we consider this ’tissue at risk.'”

The study involved 43 people with cerebral small vessel disease with an average age of 68. Researchers used MRI at the start of the study to measure the leakiness of the blood-brain barrier for each participant. They then used another brain imaging technique to measure the integrity of the tissue’s microstructure surrounding brain lesions. This imaging technique was repeated two years later to see whether the brain tissue integrity has decreased.

“Our results support the theory that a compromised blood-brain barrier may play an early role in loss of brain tissue integrity as part of the cerebral small vessel disease process, even before brain lesions are visible on MRI,” said Kerkhofs. “The change in integrity of brain tissue at risk, close to the brain lesions, could be a promising biomarker in future cerebral small vessel disease studies examining possible prevention strategies and treatment options.”

A limitation of the study was that the short follow-up period may have underestimated the associations. Kerkhofs said future studies should measure such changes in larger groups of people over longer periods of time.