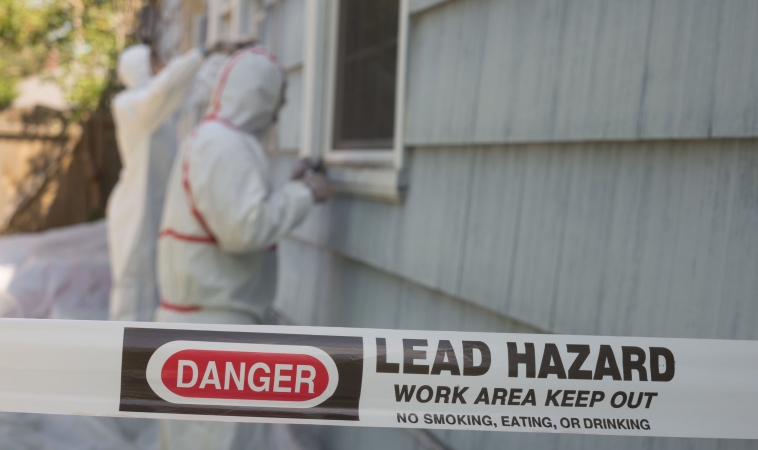 Although leaded gas and lead-based paint were banned decades ago, the risk of lead exposure is far from gone. A new study led by Elizabeth Sowell, PhD, shows that living in neighborhoods with high risk of lead exposure is associated with differences in brain structure and cognitive performance in some children. Her findings, published by Nature Medicine, also shows a deeper trend – children in lower income families may be at increased risk.

Dr. Sowell and her team at The Saban Research Institute of Children’s Hospital Los Angeles hypothesized that children in lower income families could be particularly vulnerable to the effects of living in high lead-risk environments. Their previous findings show that the socioeconomic status of families affects brain development. Here, they examined the association of lead exposure risk with cognitive scores and brain structure in more than 9,500 children.

Dr. Sowell’s laboratory is part of the Adolescent Brain Cognitive Development (ABCD) Study, which has enrolled nearly 12,000 children from 21 sites across the United States. ABCD follows participants from the age of 9-10 into adulthood, collecting health and brain development information. It is the largest and most comprehensive study of its kind. The wealth of data collected through ABCD allows investigators like Dr. Sowell to ask questions about factors that affect adolescent brains.

Their results showed that an increased risk of lead exposure was associated with decreases in cognitive performance and in the surface area and volume of the cortex – the surface of the brain, responsible for initiating conscious thought and action. But this was not true for children from mid- or high-income families.

No amount of lead is safe

Even at very low levels, cognitive deficits have been attributed to lead exposure. More than 72,000 neighborhoods in the United States have been assigned risk estimates for lead exposure, based on the age of homes and poverty rates. Though new houses haven’t used lead-based paint since 1978, many older homes still contain lead hazards.

Professional remediation of a home can cost how much?!

“Professional lead remediation of a home can cost $10,000,” says Dr. Sowell, who is also a Professor of Pediatrics at the Keck School of Medicine of USC. “So, family income becomes a factor in lead exposure.” Indeed, as her study reveals, the associations between lead risk and decreases in cognitive performance and brain structure are more pronounced in lower income families.

“We were interested in how lead exposure influences brain anatomy and function. Cognition is affected by low-level lead exposure, but there weren’t any published studies about brain structure in these children,” said Andrew Marshall, PhD, a postdoctoral research fellow in Dr. Sowell’s lab and first author of the publication.

Decreased cognitive scores and structural brain differences were only observed in lower-income families. “What we’re seeing here,” says Dr. Marshall, “is that there are more pronounced relationships between brain structure and cognition when individuals are exposed to challenges like low income or risk of lead exposure.” The ABCD study has not yet examined blood lead levels in these children, but the authors of this publication showed that risk of lead exposure is predictive of blood lead levels. Further studies are needed to determine the precise cause for these differences, such as whether lead exposure itself or other factors associated with living in a high lead-risk environment is contributing to this association, but the study unveils a clear correlation between family income and the effects of living in high lead-risk census tracts.

However, Dr. Sowell emphasizes that income and risk of lead exposure do not define a child. “It’s absolutely not a foregone conclusion that these risks make you less intellectually capable,” she says. “Many children who live in low-income, high-risk areas will be successful.” Her goal is to promote awareness of how environmental toxins affect children. Understanding what our children face is the first step in helping them.

“Even though lead levels are reduced from three decades ago in the environment, it’s still a highly significant public health issue,” says Dr. Sowell. Despite this, there are kids in high-risk environments that do not show these deficits, indicating that it is possible to mitigate lead effects.

“The take home point is that this can be fixed,” she says. “Lead does not have to be in the environment. We can remove it and really help kids get healthier.”