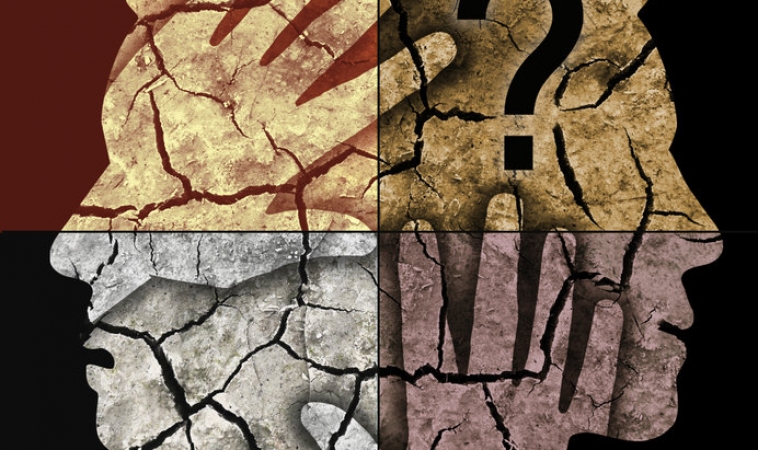 People regulate their emotions to get from one feeling to a more preferred state, whether that is a return to calm, a move toward happiness, not feeling quite as angry, or leveraging a different emotion entirely.

Using clinical data from outpatients diagnosed with psychotic disorders and a control group, the study, focused on the identification stage of emotion regulation and how the process differs. The researchers used a scale that translates to 1-10 for levels of negative emotion, with 10 representing the highest state of anxiety or emotional distress.

“The idea of identification in a healthy person tracks as you would expect: as negative emotion increases, they’re more likely to manage that,” said Ian Raugh, doctoral candidate and lead author on the new study. “At lower levels, say 1 or 2, you’re probably not going to do anything to change it. But as the level of negative emotion goes up, a healthy person is much more likely to engage in efforts to change how they are feeling.”

However, the researchers found that emotion regulation does not ramp up in the same way in people suffering from schizophrenia.

At higher stress levels, a healthy person works to manage their emotions, whereas someone with schizophrenia won’t or can’t do that.

“They’re actually less likely. That’s really the abnormality, that people with schizophrenia don’t seem to be trying to manage their emotions as much when their emotions are really high,” he said.

Raugh said sufferers of schizophrenia are less likely to employ coping strategies or emotion regulation to make themselves feel better. And as situations escalate in a negative direction, they become less likely to try to change the situation for the better.

“The terms we use in psychology are ‘learned helplessness’ or ‘defeatists beliefs,’ where people think ‘oh it’s not going to work even if I try so why bother,’ which is common in depression as well. And so, there’s that aspect probably driving less attempts at higher levels.”

Researchers also weighed the possibility that people with schizophrenia are simply exhausted. Because they’re also regulating when negative emotion is low, they might be expending their effort when it’s least effective to do so or when they experience the fewest benefits. And so, when their emotions are really intense, it’s a lot harder.

“A lot of that comes down to they’re not regulating as much when it would be most advantageous to do so,” Raugh said. “Our future studies will try to understand more about why they would regulate less at higher levels.”

“Our next goal is to determine whether the same abnormality exists in youth at risk for schizophrenia,” said Gregory Strauss, associate professor of psychology, director of the UGA Clinical Affective Neuroscience Laboratory, and senior author on the study. “Heightened stress reactivity has long been seen as a key risk factor, but these results suggest that regulating that stress response must also be considered. If the same problems are also present years before the illness onset, tailored psychological treatments may have promise for preventing schizophrenia.”