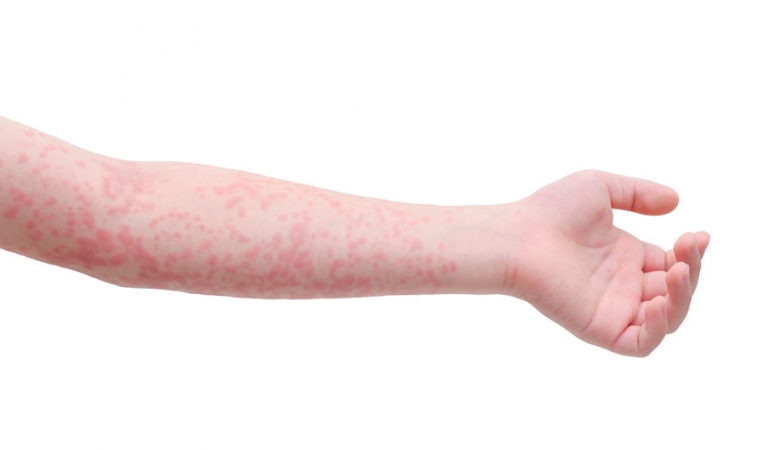 A recent study projects that small decreases in the MMR vaccine could lead to large increases in measles outbreaks. The study is a response to the 18 states which allow for non-medical or philosophical belief exemptions to vaccinations. The study cites that as a nation, the United States is “near the threshold of 90 to 95 percent vaccine coverage needed to prevent measles outbreaks” in several regions. It has used statistical analysis and logarithmic projections to reach a conclusion that a 5 percent drop in the number of children 2 to 11 receiving vaccination against measles will result in triple the number of annual cases for this age group – the measles vaccine is given as part of the MMR vaccine which includes measles, mumps and rubella.

In 2016, there were 70 cases of measles; a 3 x increase would be 210 cases annually. In regions where there is less vaccination, or a drop further than 5 percent, perhaps more cases will be seen. For those too young to remember this illness (because remember, this used to be a ubiquitous illness of childhood – the first of the 5 common illnesses of childhood: measles, scarlet fever, rubella, dukes’ disease, fifth disease (erythema infectiosum, roseola), here is what it looks like:

Incubation period lasts for 6-21 days after susceptible person has come into contact with the virus. The period of infectiousness is presumed to be roughly 5 days before the onset of rash, to four days after rash resolution. Infected individuals are generally asymptomatic during the incubation period.

Prodrome can last as long as 8 days, but normally only 2-4 days. Symptoms of the prodrome include: fever, malaise, and anorexia; conjunctivitis, coryza and cough usually follow. The prodromal symptoms can sometimes intensify a few days before the exanthem.

Enanthem– 48 hours before onset of exanthem, patients may experience a rash inside the mouth (Koplik’s spots). These will typically present as 1-3 mm whitish, grayish, or bluish elevations with an red base.

The exanthem of measles presents as a red, fine rash, which does blanch when pressure is exerted on it. It classically starts on the face and spreads downward to include the neck, trunk and extremities. The palms and soles are NOT usually involved. Fever, respiratory symptoms, and conjunctivitis are also common at this time.

The rash is self-limiting and resolves in 2-3 days. After 3-4 days the rash typically darkens to a brownish color (in patients with light skin). In the most severely affected areas, the rash will desquamate (the skin will slough off).

Cough may persist for a couple weeks after resolution of the measles rash. And a fever beyond the third of fourth day of the rash may be suggestive of a complication.