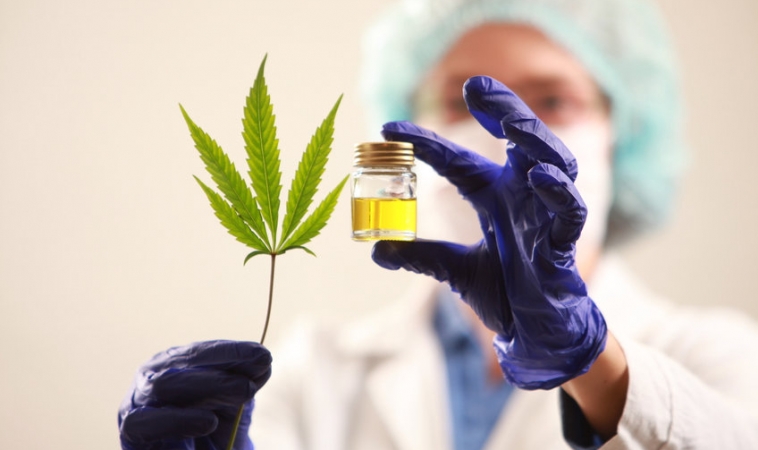 Even before the pandemic made Zoom ubiquitous, Washington State University researchers were using the video conferencing app to research a type of cannabis that is understudied: the kind people actually use.

For the study, published in Scientific Reports, researchers observed cannabis users over Zoom as they smoked high-potency cannabis flower or vaped concentrates they purchased themselves from cannabis dispensaries in Washington state, where recreational cannabis use is legal. They then gave the subjects a series of cognitive tests.

The researchers found no impact on the users’ performance on decision-making tests in comparison to a sober control group but did find some memory impairments related to free recall, source memory and false memories.

While the findings are in line with previous research on low-potency cannabis, this study is one of the few to investigate cannabis that contains much more than 10% tetrahydrocannabinol (THC), the plant’s main psychoactive ingredient. This is only the second known study to examine the effect of cannabis concentrates.

“Because of federal restrictions to researchers, it was just not possible to study the acute effects of these high-potency products,” said Carrie Cuttler, WSU psychologist and lead researcher on the study. “The general population in states where cannabis is legal has very easy access to a wide array of high- potency cannabis products, including extremely high-potency cannabis concentrates which can exceed 90% THC, and we’ve been limited to studying the whole plant with under 10% THC.”

While 19 states and Washington D.C. have legalized cannabis for recreational use, the U.S. federal government still classifies it as a Schedule 1 drug, implying it has a high potential for abuse and no medicinal benefits. Until recently, researchers interested in studying cannabis were limited to using low-potency plants of around 6% THC supplied by the National Institute of Drug Abuse. In June, the U.S. Drug Enforcement Administration indicated it may allow some companies to start growing cannabis for research purposes.

For this study, which began in 2018, Cuttler and her colleagues found a way to study the effects of high-potency cannabis while still complying with federal guidelines. The study participants bought their own products and used them in their own homes. They were never in a laboratory on federal property, and the researchers never handled the cannabis themselves. Participants were not reimbursed for their purchase. Instead they were compensated for their time with Amazon gift cards. All participants were over 21 and experienced cannabis users who reported no past negative reactions to cannabis like panic attacks. The study’s method was cleared by WSU Division of the Office of the Attorney General and the university’s research ethics board.

The 80 participants were divided into four groups: two groups used cannabis flower with more than 20% THC but one containing cannabidiol (CBD), a non-psychoactive component of cannabis, and the other without CBD. Another group vaped cannabis concentrates with more than 60% THC that included CBD. A fourth group remained sober.

For all cannabis using groups, the researchers found no effect on a range of decision-making tests including risk perception and confidence in knowledge. On a few memory tests there were also no significant differences between the cannabis-using and sober groups, including prospective memory, the ability to remember to do things at a later time, such as attend an appointment. The cannabis-using participants also did well on temporal order memory, the ability to remember the sequence of previous events.

However, the groups that smoked cannabis flower with CBD did worse on verbal free recall trials- they were unable to recall as many words or pictures that were shown to them compared to the sober group. This finding was contrary to a small number of previous studies indicating CBD might have a protective effect on memory. The groups that used cannabis without CBD and the group that used concentrates, performed worse on a measure of source memory which means being able to distinguish the way previously learned information was presented.

Finally, all three cannabis-using groups did poorly on a false memory test — when given a new word and asked if it had been presented before, they were more likely to say it had when it had not.

There was also an unexpected finding: people who vaped the high-potency concentrates with more than 60% THC performed comparably to those who smoked cannabis flower. This may have been because they tended to self-titrate — using less of the drug to achieve a similar level of intoxication and impairment as the people who smoked the less-potent cannabis flower.

Cuttler said this was cause for cautious optimism on the little-studied but widely available concentrates.