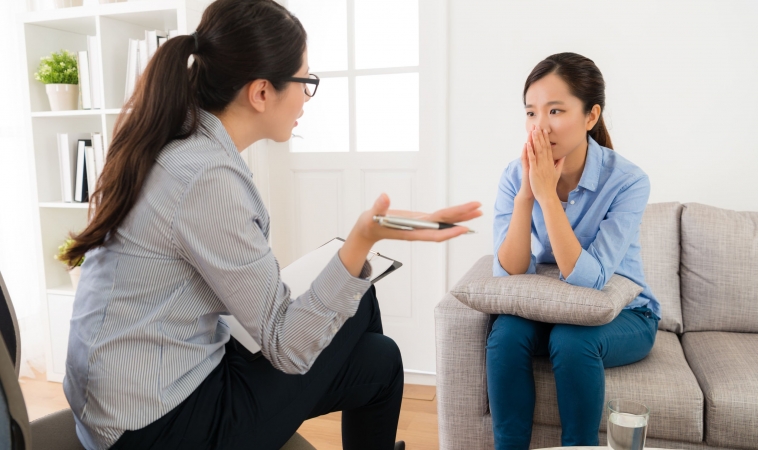 Depression is one of the most common mental disorders worldwide. It affects both individuals and society as a whole, in the form of lost work productivity, high mortality and lower quality of life.

Relapses common for patients with depression

Unfortunately, it is typical for patients with depression to experience relapses. Research findings show that one and a half years after the end of treatment, only about 30 percent of patients are still healthy. Fortunately, there is hope.

A recent study shows that metacognitive therapy significantly reduces the risk of relapse.

“We found that about 67 to 73 percent of patients, depending on how you measure it, were still classified recovered one year after the end of treatment. This is good news,” says Professor Odin Hjemdal at the Norwegian University of Science and Technology’s (NTNU) Department of Psychology. Hjemdal is also head of the university’s Resilience Centre.

The researchers reported that participants in the study had a lower rate of relapse than what is found with other treatment methods.

Simply put, metacognitive therapy involves teaching patients not to respond to perseverative thoughts, which means learning to not continuously focus on negative thoughts.

When a patient begins to ruminate on a negative thought, the patient is taught that they can make a choice whether to think about the negative thought or just register that the thought is there and move on. By becoming aware of what happens when they start ruminating, patients learn to recognize when it is happening and then choose other alternatives.

The method is not about analyzing a patient’s worries. Blocking thoughts saps energy and solves nothing. Patients need to let the concerns arise, but train themselves to become a passive observer, to meet their thoughts with more detached attention. They practice seeing their thoughts as just thoughts, and not as a reflection of reality.

Most of us have negative thoughts, we think we’re not good enough or we don’t accomplish what we want to. But only few people get clinically depressed, because most of us can put aside our repeating thoughts, rather than getting stuck in them.

“What perpetuates depression is that you get stuck in a thought pattern and ruminate about the same thing over and over,” said Odin Hjemdal at the Norwegian University of Science and Technology’s (NTNU) Department of Psychology

The patients who participated in the study received ten sessions of metacognitive therapy.

After six months, 77 percent of them had recovered completely from their depression diagnosis. Between 67 and 73 percent were still healthy one year following treatment, according to patient questionnaire responses. The remaining patients had seen an improvement, while for about 15 per cent their depression remained unchanged.

Anxiety and depression are often linked, and the study shows a marked reduction in both.

“Metacognitive therapy can work better than other therapies to reduce thinking processes such as rumination, worry and inappropriate coping strategies,” says Hjemdal. “But there’s still more we need to know.”

So far, medication or cognitive behavioral therapy (CBT) have been the most common approaches for treating depression and anxiety. CBT involves having patients probe their thoughts and analyse them.

Hjemdal thinks many patients find it difficult to revisit earlier depressive episodes. His impression is that metacognitive therapy is a less demanding form of treatment.

“The feedback from patients is that some of them are very satisfied, and many have experienced very quick positive effects.

Researcher admits surprise by the results of the new study

The researcher admits that he is surprised by the results of the new study.

“We’re a little surprised, but we’re really happy that it turned out this way. To us, it seems that when patients crack the code and manage to change their thinking styles and patterns, they stay healthy,” he said.

Research remains, especially on the long-term effects of treatment

But a lot of research still remains, especially on the long-term effects of treatment. Hjemdal thinks it’s odd that less money is spent on mental health research than physical illnesses, even though the social costs of depression are of the same magnitude.

“As a society, we could save a lot of money and spare people a lot of personal suffering, if we provide metacognitive therapy treatment to help individuals with depression,” says Hjemdal.