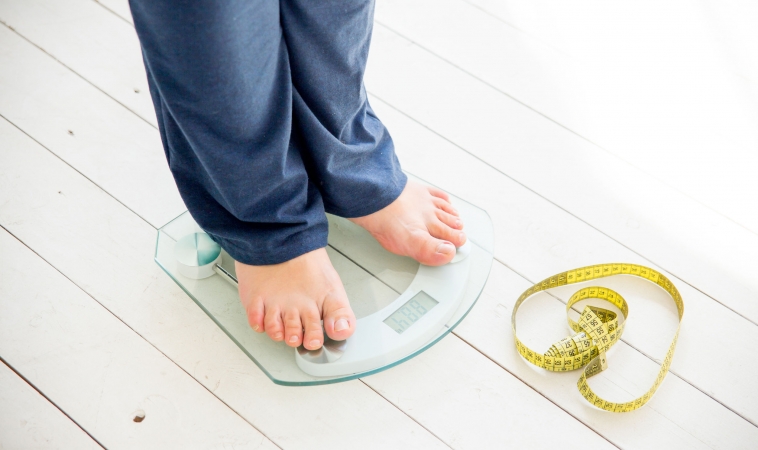 A new Boston University School of Public Health (BUSPH) study finds that changes in weight between young adulthood and midlife may have important consequences for a person’s risk of early death.

Published in JAMA Network Open, the study found that participants whose BMIs went from the “obese” range in early adulthood down to the “overweight” range in midlife halved their risk of dying during the study period, compared with individuals whose BMIs stayed in the “obese” range. On the other hand, weight loss after midlife did not significantly reduce participants’ risk of death.

Researchers estimate that 12.4% of early deaths in the US may be attributable to having a higher body mass index (BMI)

The researchers estimate that 12.4% of early deaths in the US may be attributable to having a higher body mass index (BMI) at any point between early- and mid-adulthood.

“The present study provides important new evidence on the benefit of maintaining a healthy weight across the life course,” says lead author Dr. Wubin Xie, a postdoctoral associate in global health at BUSPH.

Surprisingly, researchers did not find a similar reduction in risk of death for participants who lost weight later in their lives

The researchers did not find a similar reduction in risk of death for participants who lost weight later in their lives. They wrote that this may be because weight loss later in life is more likely to be tied to an aging person’s worsening health.

“Although this study focused on preventing premature deaths, maintaining a healthy weight will also reduce the burden of many chronic diseases such as hypertension, diabetes, heart disease, and even cancer,” says study co-author Dr. JoAnn Manson, chief of preventive medicine at Brigham and Women’s Hospital, and professor of medicine and Michael and Lee Bell Professor of Women’s Health at Harvard Medical School.