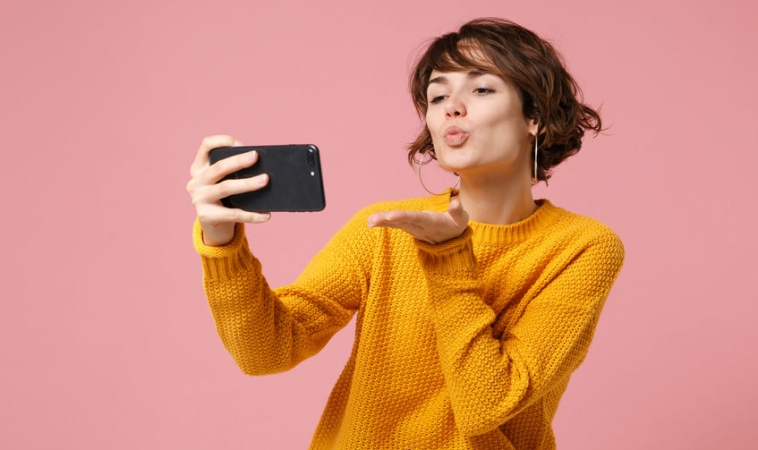 Narcissism is driven by insecurity, and not an inflated sense of self, finds a new study by a team of psychology researchers. Its research, which offers a more detailed understanding of this long-examined phenomenon, may also explain what motivates the self-focused nature of social media activity.

“For a long time, it was unclear why narcissists engage in unpleasant behaviors, such as self-congratulation, as it actually makes others think less of them,” explains Pascal Wallisch, a clinical associate professor in New York University’s Department of Psychology and the senior author of the paper, which appears in the journal Personality and Individual Differences. “This has become quite prevalent in the age of social media — a behavior that’s been coined ‘flexing’.

“Our work reveals that these narcissists are not grandiose, but rather insecure, and this is how they seem to cope with their insecurities.”

“More specifically, the results suggest that narcissism is better understood as a compensatory adaptation to overcome and cover up low self-worth,” adds Mary Kowalchyk, the paper’s lead author and an NYU graduate student at the time of the study. “Narcissists are insecure, and they cope with these insecurities by flexing. This makes others like them less in the long run, thus further aggravating their insecurities, which then leads to a vicious cycle of flexing behaviors.”

The survey’s nearly 300 participants — approximately 60 percent female and 40 percent male — had a median age of 20 and answered 151 questions via computer.

The researchers examined Narcissistic Personality Disorder (NPD), conceptualized as excessive self-love and consisting of two subtypes, known as grandiose and vulnerable narcissism. A related affliction, psychopathy, is also characterized by a grandiose sense of self. They sought to refine the understanding of how these conditions relate.

To do so, they designed a novel measure, called PRISN (Performative Refinement to Soothe Insecurities about Sophistication), which produced FLEX (perFormative seLf-Elevation indeX). FLEX captures insecurity-driven self-conceptualizations that are manifested as impression management, leading to self-elevating tendencies.

The PRISN scale includes commonly used measures to investigate social desirability (“No matter who I am talking to I am a good listener”), self-esteem (“On the whole, I am satisfied with myself”), and psychopathy (“I tend to lack remorse”). FLEX was shown to be made up of four components: impression management (“I am likely to show off if I get the chance”), the need for social validation (“It matters that I am seen at important events”), self-elevation (“I have exquisite taste”), and social dominance (“I like knowing more than other people”).