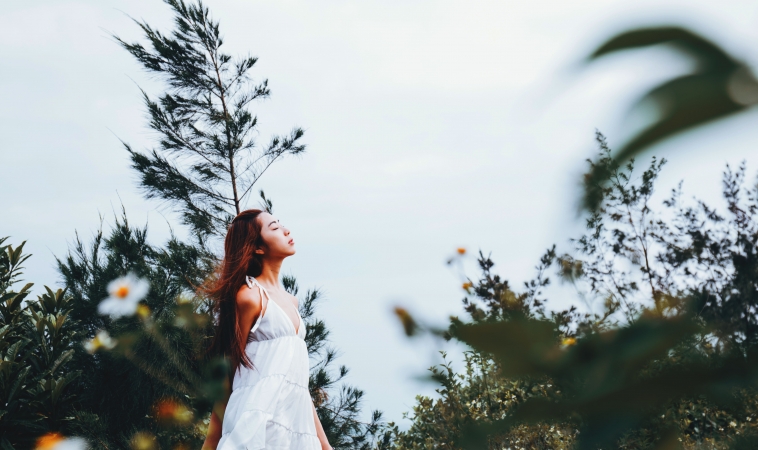 Many claim that meditative practices concentrating on bringing awareness to the breath, such as pranayama, can increase focus, and attention. A study from Trinity College Dublin elucidates this link between the breath and attention.

Much like training other physical abilities, breath-training through mindful meditation practices has multiple cognitive benefits, such as decreasing mind wandering, increasing focus, enhanced levels of arousal, increased positivity, and decrease in emotional reactivity, to name a few. Despite the general acceptance that mindful breathing is beneficial, there has been no specific neurophysiological link connecting respiration and cognition proposed.

This research has uncovered that breathing directly affects neurochemistry, specifically noradrenaline. Noradrenaline is a hormone – which also acts like a neurotransmitter – that is released when we are emotionally aroused, curious, challenged, focused or during exercise. Noradrenaline is produced in a small region of the brain called the locus coeruleus. At the right levels, noradrenaline promotes neural connections. So, the way we breathe directly impacts the chemistry of our brains to promote attention and actually improve overall brain health.

Breathing may regulate level of noradrenaline produced by the brain

During inhalation the activity in the locus coeruleus is increased and it is decreased slightly during exhalation. This suggests that simply by breathing we may be able to regulate the level of noradrenaline produced by the brain, thus impacting our attention and focus with our breathing. This research also helps form a better understanding of the mechanisms of meditation

Breath and the Buddhist Practitioners

Ian Robertson, Co-Director of the Global Brain Health Institute at Trinity commented on this research:

“Yogis and Buddhist practitioners have long considered the breath an especially suitable object for meditation. It is believed that by observing the breath, and regulating it in precise ways–a practice known as pranayama–changes in arousal, attention, and emotional control that can be of great benefit to the meditator are realized. Our research finds that there is evidence to support the view that there is a strong connection between breath-centered practices and a steadiness of mind.”

“[These] findings could have particular implications for research into brain aging. Brains typically lose mass as they age, but less so in the brains of long term meditators. More ‘youthful’ brains have a reduced risk of dementia and mindfulness meditation techniques actually strengthen brain networks. Our research offers one possible reason for this – using our breath to control one of the brain’s natural chemical messengers, noradrenaline, which in the right ‘dose’ helps the brain grow new connections between cells. This study provides one more reason for everyone to boost the health of their brain using a whole range of activities ranging from aerobic exercise to mindfulness meditation.”

Photo by Larm Rmah on Unsplash