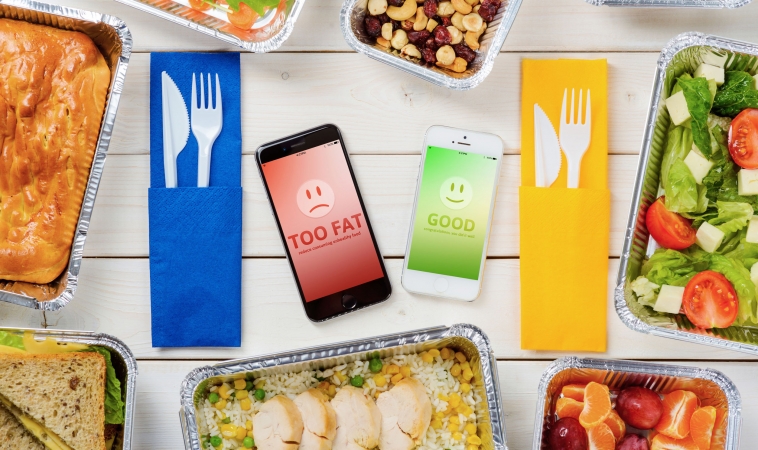 I still don’t know how I feel about this new device, but it sure could be a game changer for helping people make food choices. An app that warns you about food choices based on your DNA – oh, and the company also includes a home DNA analyzer that interfaces with the app, and a wearable bracelet.

DnaNudge warns you about food choices based on your DNA

Researchers have actually created an app that is able to scan bar codes on food items in the grocery store and warn the wearer if the item is contraindicated for their DNA. The app is called DnaNudge, and also has a wearable electronic bracelet. The bracelet is not mandatory for the app to work.

The app apparently can predict certain health concerns based on DNA, including diabetes, heart disease, and allergies. It also predicts sensitivity to salt, fat, carbohydrates, and caffeine. Then using this information counsels against certain food choices.

Actual DNA testing is included as part of the system

The actual DNA testing is also included as part of the system, and is done using saliva. When the wearer of the bracelet, or the app is used in the supermarket the device scans bar codes and a green or red light flashes to indicate safety level.

Researchers at Imperial College London, with support from Claire Murdoch, national director for mental health at NHS England and Chief Executive of the Central and North West London NHS Foundation Trust have created the device.

Device is able to personalize choices and eating habits

Currently, the device’s website champions a database of nearly 200,000 foods and 12,000 different brands. The device is able to personalize choices and eating habits, as you’d expect from a smart device.

The device is also programmable, which may be a lot more useful and practical for individuals who want more control than merely caffeine, fats, and carbs – which as an aside, probably doesn’t need an app at all. . .

Keep in mind that this device is being marketed in the UK, though this technology may be just around the corner in the U.S. and the likely topic of ethics conversations surrounding DNA testing and utilization of such information – – – HIPPA compliance was not noted on the company’s website.