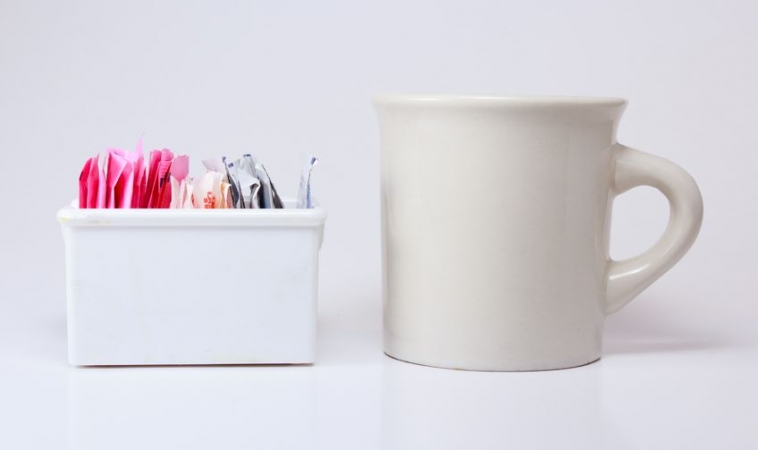 REHOVOT, Israel — A new study has shown that artificial sweeteners cause blood glucose abnormalities in mice and some humans.

The study, published online Sept. 17 in the journal Nature, indicates aspartame, sucralose and saccharin change glucose tolerance and may be driven by the microbiome. The results can be reproduced in germ-free mice given microbes from persons who have consumed the sweeteners.

Dr. Eran Elinay, Department of Immunology at the Weizmann Institute of Science, Rehovot, Israel, said that these artificial sweeteners designed to help diabetics control blood sugar levels actually may “drive … an exaggerated elevation in blood glucose levels, the very same condition that we often aim to prevent by consuming them.”

Since some artificial sweeteners may contain glucose, the researchers used glucose, fructose or plain water while testing mice in the control group to ensure it was the artificial sweetener that was impacting. What they found was all induced blood sugar disturbances were attributable to the sweeteners, even among mice who drank sugary water.

Some studies were done with human participants. One experiment involved 381 non-diabetic humans that showed that long-term consumption of artificial sweeteners can be associated with measures of central obesity and glucose intolerance, even when corrected for body mass index.

The researchers caution that human experiments are not yet enough to recommend whether people should avoid artificial sweeteners.

Dr. Jillian Finker, ND, CNS said she regularly sees patients with blood sugar issues who are using artificial sweeteners and can testify that the problems caused are the same as those caused by sugar; metabolic syndrome, diabetes, insulin resistance, hypoglycemia, etc.

Her recommendation to her patients is to use the herb stevia in the supplemental form known as “Omnivite” because “I don’t like the stevia they sell in the stores because it usually has other ingredients, or isn’t processed correctly,” she said, adding that “Stevia balances blood sugar; if it’s too low it brings it up; and if it’s too high it lowers it.”

Dr. Gary Weiner, ND, Lac said he is not surprised by these findings because “I was taught by my mentors to remove these agents from the diets of our patients with cardiovascular, glycemic, and weight problems.

It doesn’t matter whether or not these studies existed when he was trained in naturopathic medicine, because our understanding of biochemistry, and metabolic pathways and their disturbance by these chemicals clearly indicated that many of them were endocrine disruptors, as these studies are clearly indicating.”

As with most of our fundamental, core principles of nature cure, science and research are finally catching up with the practices of wise physicians who had argued for decades that these impurities should be removed from our diet.”