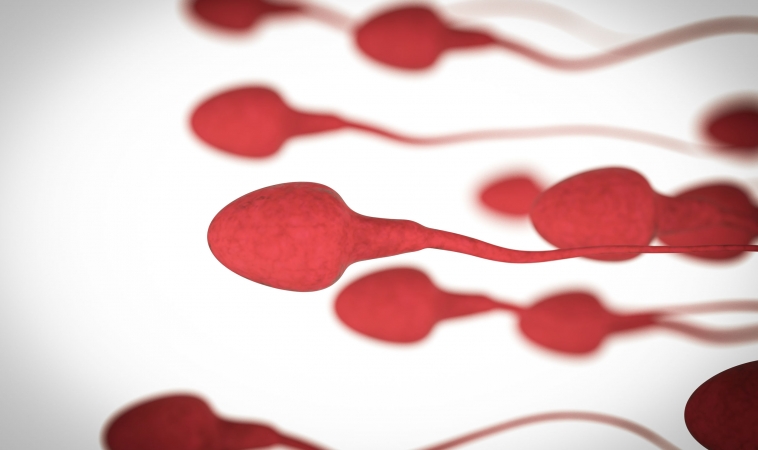 Infertility affects 10% to 15% of couples globally, and while often viewed as a women’s health problem, men contribute to around half of the cases.

Now, a male fertility test based on Cornell research could help predict which men might need treatment and which couples might have success with different forms of assisted reproduction.

“The ‘Cap-Score’ test is designed to provide information on the man’s fertility that they never had before,” said Dr. Alexander Travis, professor of reproductive biology at the Baker Institute for Animal Health and the test’s inventor. “Now the doctors can discuss these results with the couple, and help them choose the personalized treatment pathway that is right for them to try to get pregnant, including how to improve the man’s fertility.”

The research was published in Reproductive BioMedicine Online. Travis is senior author.

The Cap-Score is a diagnostic test approved for use by medical doctors in all 50 states; the technology has been licensed to Androvia LifeSciences, LLC, a fertility research company co-founded by Travis, its chief science officer, in 2015. Travis holds equity in the company.

Only sperm that capacitate are capable of fertilizing

Cap-Score quantifies the ability of sperm to undergo a process called “capacitation,” which enables the sperm to fertilize an egg. Only sperm that capacitate are capable of fertilizing. By contrast, traditional male fertility exams rely primarily on semen analysis, which counts sperm and assesses whether they swim and look normal.

“Fertility exists in degrees; as long as a man produces some sperm that swim, he has some level of fertility,” Travis said. “But it is the functional ability of those sperm to fertilize an egg that influences the odds that a couple will become pregnant.”

The new research included prospective clinical pregnancy outcomes data from six fertility clinics. Prospective tests are important when evaluating a new diagnostic procedure because they show the ability to predict what will happen for patients.

Travis said Cap-Score’s predictive ability “held true across different age ranges for the female partner.” This is important because there are many well-known impacts of maternal age on a couple’s fertility. The new data shows that the man’s fertility plays a key role in whether a couple will be able to conceive, even if they might have delayed having children and are older.

The researchers also compared Cap-Score results from more than 2,000 men having fertility exams at 22 clinics against results from a control group of fertile men with a pregnant partner or young baby. Cap-Scores from the fertile men showed an expected bell-shaped curve. In contrast, the vast majority of men questioning their fertility had scores below the mean of the fertile population.

Infertility and most male infertility cases remain unexplained due to a lack of diagnostic testing. Not only does this place the onus of expensive and often invasive testing on women, it also may prompt couples to try expensive procedures that might be inappropriate for their situation. The Cap-Score can now provide crucial missing information to help guide their choices.

“Couples and doctors have had to make important decisions about their fertility without all the information they needed. This has caused a lot of anxiety and pain — physically, financially and emotionally,” Travis said.

Using the Cap-Score, doctors and couples can make informed decisions about whether to try to conceive unassisted or choose one of several medical approaches. The results can also be used to identify which men might benefit from treatment to improve their fertility, including changes in lifestyle, nutritional supplements or surgery.