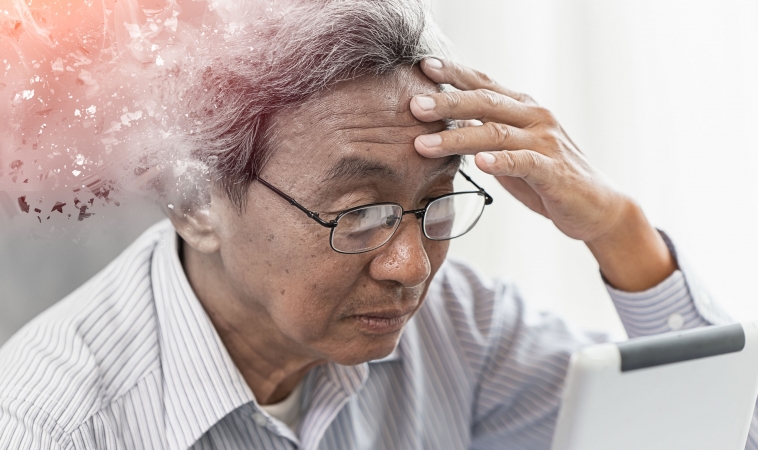 Researchers at the University of Gothenburg in Sweden, together with their colleagues at the Barcelona Beta Research Centre in Spain, the University Medical Centre in Ljubljana, Slovenia, and the University of Paris, have found new forms of tau protein that become abnormal in th very early stages of Alzheimer’s disease before cognitive problems develop. The scientists developed new tools to detect these subtle changes and confirmed their results in human samples.

At a time when the incidence and social costs of dementia and Alzheimer’s disease in particular continue to rise, this breakthrough is very timely as it could enable the detection of the disease much earlier than current approaches. The findings are also important for the testing of therapies against this devastating disease.

Alzheimer’s disease is characterized by two pathological changes in brain tissue. One is a protein called tau while the other involves the amyloid beta peptide. Both can form clumps of aggregates that progressively accumulate in specific areas of the brain. For tau, individual units of the protein can aggregate into finely-ordered fibrillar structures facilitated by a biochemical process called phosphorylation. Throughout the disease process, amyloid beta and phosphorylated tau (p-tau) are released from the brain into cerebrospinal fluid; the amount of the released proteins are used as reliable surrogate markers for clinical diagnoses of Alzheimer’s disease.

Normally, amyloid beta levels in cerebrospinal fluid become abnormal several years before p-tau. The current clinical tests for p-tau become abnormal when memory failings develop. This makes it difficult to identify people with the disease at the very early stages before it is too late. How can we, therefore, reliably detect these sub-threshold disease changes?

To address these challenges, the scientists discovered that there are specific forms of p-tau that undergo very minute increases in cerebrospinal fluid and blood in people with emerging Alzheimer pathology. Consequently, the researchers developed highly sensitive techniques to measure these biological markers that precede clinical signs by several years.

In the first study, conducted in the Alfa parent cohort study at the Barcelona Beta Research Centre (BBRC), with the support of “la Caixa” Foundation, about a third of the 381 people evaluated had brain evidence of Alzheimer pathology but without any cognitive problems, meaning that these changes could not be detected in the clinic by memory assessments. Remarkably, the new p-tau markers correctly identified these emerging abnormalities measured in cerebrospinal fluid and regular blood samples.

Subsequent studies performed in Gothenburg, Paris and Ljubljana revealed that these new markers continue to increase from the preclinical stage through the onset of cognitive problems to the late dementia stages. For this reason, progressive increases in p-tau could provide insights into the biological and clinical development of Alzheimer’s disease. The studies are now published in the leading journals EMBO Molecular Medicine and Alzheimer’s & Dementia: The Journal of the Alzheimer’s Association.

Kaj Blennow, professor of neurochemistry at the University of Gothenburg, who directed the work said “A possible way to improve the chances of future therapies is to test them on people in the very early stages of the disease with elusive biological changes but lacking clinical symptoms including memory failings. Candidate drug trials have not been too successful.” He added that: “The practical challenge, however, is that these very tiny initial changes are incredibly difficult to measure reliably. This compromises our chances to identify and recruit preclinical AD patients for clinical trials.”

Dr. Thomas Karikari, an assistant professor at the University of Gothenburg, who co-led the discovery commented: “The remarkable findings reported in these publications show that the new highly sensitive tools capture the earliest Alzheimer disease changes in the brain in clinically normal people. These tools therefore have the potential to advance population screening and clinical trials.”

According to Dr. Marc Suárez-Calvet, neurologist and ERC researcher at BBRC, “the biomarker detected in blood may change clinical practice in the coming years, since it will improve the diagnosis of patients with Alzheimer’s disease, both in its asymptomatic and symptomatic phases.”