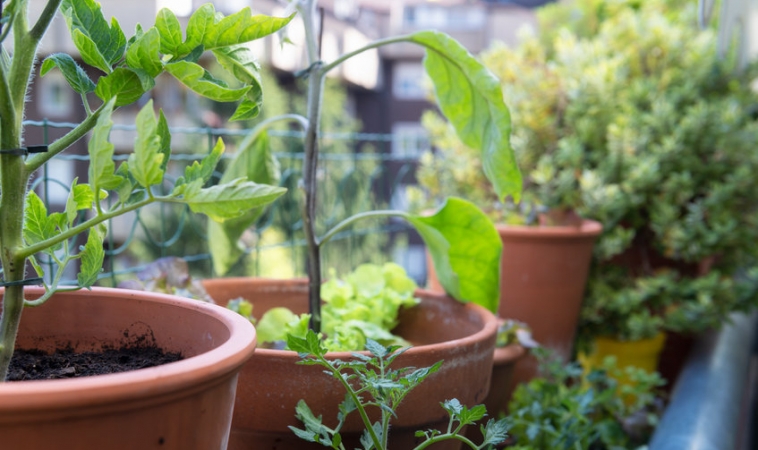 “Earlier research was focused on single nutrients or single foods, yet there is little data about a plant-centered diet and the long-term risk of cardiovascular disease,” said Yuni Choi, Ph.D., lead author of the young adult study and a postdoctoral researcher in the division of epidemiology and community health at the University of Minnesota School of Public Health in Minneapolis.

Choi and colleagues examined diet and the occurrence of heart disease in 4,946 adults enrolled in the Coronary Artery Risk Development in Young Adults (CARDIA) study. Participants were 18- to 30-years-old at the time of enrollment (1985-1986) in this study and were free of cardiovascular disease at that time. Participants included 2,509 Black adults and 2,437 white adults (54.9% women overall) who were also analyzed by education level (equivalent to more than high school vs. high school or less). Participants had eight follow-up exams from 1987-88 to 2015-16 that included lab tests, physical measurements, medical histories and assessment of lifestyle factors. Unlike randomized controlled trials, participants were not instructed to eat certain things and were not told their scores on the diet measures, so the researchers could collect unbiased, long-term habitual diet data.

After detailed diet history interviews, the quality of the participants diets was scored based on the A Priori Diet Quality Score (APDQS) composed of 46 food groups at years 0, 7 and 20 of the study. The food groups were classified into beneficial foods (such as fruits, vegetables, beans, nuts and whole grains); adverse foods (such as fried potatoes, high-fat red meat, salty snacks, pastries and soft drinks); and neutral foods (such as potatoes, refined grains, lean meats and shellfish) based on their known association with cardiovascular disease.

“As opposed to existing diet quality scores that are usually based on small numbers of food groups, APDQS is explicit in capturing the overall quality of diet using 46 individual food groups, describing the whole diet that the general population commonly consumes. Our scoring is very comprehensive, and it has many similarities with diets like the Dietary Guidelines for Americans Healthy Eating Index (from the U.S. Department of Agriculture’s Food and Nutrition Service), the DASH (Dietary Approaches to Stop Hypertension) diet and the Mediterranean diet,” said David E. Jacobs Jr., Ph.D., senior author of the study and Mayo Professor of Public Health in the division of epidemiology and community health at the University of Minnesota School of Public Health in Minneapolis.

“A nutritionally rich, plant-centered diet is beneficial for cardiovascular health. A plant-centered diet is not necessarily vegetarian,” Choi said. “People can choose among plant foods that are as close to natural as possible, not highly processed. We think that individuals can include animal products in moderation from time to time, such as non-fried poultry, non-fried fish, eggs and low-fat dairy.”

Because this study is observational, it cannot prove a cause-and-effect relationship between diet and heart disease.

In another study, “Relationship Between a Plant-Based Dietary Portfolio and Risk of Cardiovascular Disease: Findings from the Women’s Health Initiative (WHI) Prospective Cohort Study,” researchers, in collaboration with WHI investigators led by Simin Liu, M.D., Ph.D., at Brown University, evaluated whether or not diets that included a dietary portfolio of plant-based foods with U.S. Food and Drug Administration-approved health claims for lowering “bad” cholesterol levels (known as the “Portfolio Diet”) were associated with fewer cardiovascular disease events in a large group of postmenopausal women.

The “Portfolio Diet” includes nuts; plant protein from soy, beans or tofu; viscous soluble fiber from oats, barley, okra, eggplant, oranges, apples and berries; plant sterols from enriched foods and monounsaturated fats found in olive and canola oil and avocadoes; along with limited consumption of saturated fats and dietary cholesterol. Previously, two randomized trials demonstrated that reaching high target levels of foods included in the Portfolio Diet resulted in significant lowering of “bad” cholesterol or low-density lipoprotein cholesterol (LDL-C), more so than a traditional low-saturated-fat National Cholesterol and Education Program diet in one study and on par with taking a cholesterol-lowering statin medication in another.

The study analyzed whether postmenopausal women who followed the Portfolio Diet experienced fewer heart disease events. The study included 123,330 women in the U.S. who participated in the Women’s Health Initiative, a long-term national study looking at risk factors, prevention and early detection of serious health conditions in postmenopausal women. When the women in this analysis enrolled in the study between 1993 and 1998, they were between 50-79 years old (average age of 62) and did not have cardiovascular disease. The study group was followed until 2017 (average follow-up time of 15.3 years). Researchers used self-reported food-frequency questionnaires data to score each woman on adherence to the Portfolio Diet.

“These results present an important opportunity, as there is still room for people to incorporate more cholesterol-lowering plant foods into their diets. With even greater adherence to the Portfolio dietary pattern, one would expect an association with even less cardiovascular events, perhaps as much as cholesterol-lowering medications. Still, an 11% reduction is clinically meaningful and would meet anyone’s minimum threshold for a benefit. The results indicate the Portfolio Diet yields heart-health benefits,” said John Sievenpiper, M.D., Ph.D., senior author of the study at St. Michael’s Hospital, a site of Unity Health Toronto in Ontario, Canada, and associate professor of nutritional sciences and medicine at the University of Toronto.

The researchers believe the results highlight possible opportunities to lower heart disease by encouraging people to consume more foods in the Portfolio Diet.

“We also found a dose response in our study, meaning that you can start small, adding one component of the Portfolio Diet at a time, and gain more heart-health benefits as you add more components,” said Andrea J. Glenn, M.Sc., R.D., lead author of the study and a doctoral student at St. Michael’s Hospital in Toronto and in nutritional sciences at the University of Toronto.

Although the study was observational and cannot directly establish a cause-and-effect relation between diet and cardiovascular events, researchers feel it provides a most reliable estimate for the diet-heart relation to-date due to its study design (included well-validated food frequency questionnaires administered at baseline and year three in a large population of highly dedicated participants). Nevertheless, the investigators report that these findings need to be further investigated in additional populations of men or younger women.