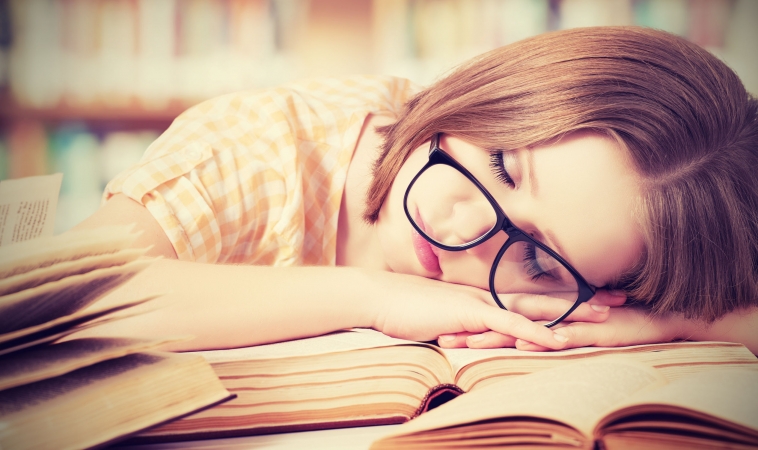 A recent study underlines the importance of a good night’s sleep for mental performance. In fact, for students, a night of sleep may be better than using that time for studying, for a final exam, for instance. This is what was found when students at Baylor University were given extra points if they met the “8-hour Challenge” – sleeping 8 hours of sleep for 5 nights during finals week.

Students who took the challenge seriously and did in fact sleep an average of 8 hours a night during finals week performed better on their final exams than did those who ignored the incentive. The extra points were not figured into the final exam performance.

“Better sleep helped rather than harmed final exam performance, which is contrary to most college students’ perceptions that they have to sacrifice either studying or sleeping. And you don’t have to be an ‘A’ student or have detailed education on sleep for this to work,” said Michael Scullin, Ph.D., director of Baylor’s Sleep Neuroscience and Cognition Laboratory and assistant professor of psychology and neuroscience in Baylor’s College of Arts & Sciences.

The researchers stressed that the extra points received as part of the study were not included during the analysis of student performance.

The intention of the study

The intention of the study was to remove the excuse, “I need to sacrifice sleep or studying to succeed, because there aren’t enough hours in the day.” Most students think this way, especially when final exams come around. And by giving a few extra points for merely sleeping, the research team got a glimpse of the difference between a rested and unrested student brain.

Student participants included in the study

The student participants included both undergraduate interior design students as well as students in upper-level psychology and neuroscience classes. Students who participated in the study wore wristband sleep monitors for the 5 days of finals week.

“The students didn’t need the extra credit to perform better, and they weren’t really better students from the get-go,” Scullin said. “If you statistically correct for whether a student was an A, B, C, or D student before their final exam, sleeping 8 hours was associated with a 4 point grade boost — even prior to applying extra credit.”

In many professions, sleep deprivation is seen as a rite of passage during the academic process, this includes design professions, but also many others such as legal, medical and academic professions. There is a sense of romance that is perceived by burning the candle at both ends, or from pulling “all-nighters” and catching up on sleep during the weekends. The problem is that it’s not only unsustainable, but also affects cognitive functions such as awareness and focus.

The researchers at Baylor hope that their research may help create incentives for students to prioritize sleep while going through stressful academic programs.

Interestingly, of the 27 students enrolled from the interior design course, very few were able to meet the 8 hours of sleep, or even 7 hours. However, students attempting to sleep more did sleep an average of 98 minutes more per night, compared to students who were being monitored but not attempting to get the incentive.

Reason for the disparity between the 2 groups

The reason for the disparity between the 2 groups may be due to the larger number of finals projects rather than exams that the interior design students were expected to finish. The commentary from the researchers was that within the interior design profession, and other creative professions, the idea of “getting inspiration in the wee hours” may be a factor in a lack of sleep. This idea is often compounded by a romanticized view of the “tortured artist,” and is something that the researchers are hoping to change with this, and similar studies.