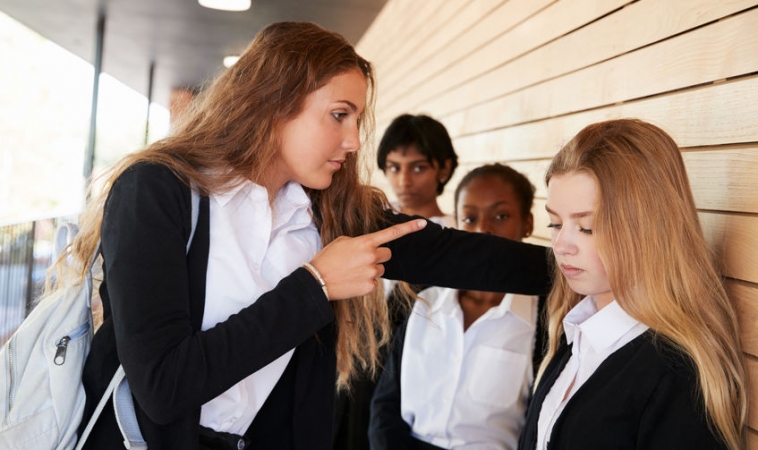 Teens who bully, harass, or otherwise victimize their peers are not always lashing out in reaction to psychological problems or unhealthy home environments, but are often using aggression strategically to climb their school’s social hierarchy, a University of California, Davis, study suggests. These findings point to the reasons why most anti-bullying programs don’t work and suggest possible strategies for the future.

“To the extent that this is true, we should expect them to target not vulnerable wallflowers, but their own friends, and friends-of-friends, who are more likely to be their rivals for higher rungs on the social ladder,” said Robert Faris, a UC Davis researcher on bullying and author of the paper “With Friends Like These: Aggression From Amity and Equivalence.” The paper was published recently in the American Journal of Sociology. Co-authors are sociologists Diane Felmlee at Pennsylvania State University and Cassie McMillan at Northeastern University.

Faris, a professor of sociology, said friends and associates with close ties to one another likely compete for positions within the same clubs, classrooms, sports and dating subgroups, which heightens the risk of conflict and aggression. This paper is the first known to show that those rivals are often their own friends.

This differs from some common theories and definitions of bullying, in which the behavior stems from an imbalance of power and is mainly directed at youths in the lower social strata in school or community environments who possibly have physical, social or psychological vulnerabilities.

The study focuses, instead, on a broader definition of peer aggression — theorizing that aggression can actually improve the social status of the aggressor.

This “frenemy effect” is not explained by the amount of time friends spent together, Faris explained. Additionally, “structurally equivalent” classmates — those who are not necessarily friends, but who share many friends in common — are also more likely to bully or otherwise victimize each other. Compared to schoolmates with no overlapping friendships, those whose friendships are perfectly overlapping are roughly three times more likely to bully each other, and those who share the same bullies or victims are more than twice as likely to bully each other.

Finally, being victimized by friends is particularly painful, and is associated with significant increases in symptoms of depression and anxiety, and significant decreases in school attachment, researchers said.

The paper cites the real-life case of Megan Meier, who hanged herself in 2007 after being bullied by people she thought were her friends — with the added twist of a mother orchestrating the social media bullying scheme. “The tragedy of Megan Meier highlights more than the limitations of the criminal justice system in addressing complex, often subtle, social problems like bullying,” researchers said. The case illustrates the need for research in this area: … “contrary to the once-prevailing view of bullying as a maladjusted reaction to psychological deficiencies, emotional dysregulation, empathy deficits, or problematic home lives, [the perpetrator of the bullying] is one of millions of adolescents who has harmed a schoolmate for instrumental reasons: to exact retribution, achieve prominence, or vanquish a rival,” researchers said. Indeed, the research shows, “the desire for popularity motivates much aggressive behavior.”

Additionally, the researchers conclude, few anti-bullying programs work. “The reason for the typically low success rates, we believe, is that aggressive behavior accrues social rewards, and to a degree that leads some to betray their closest friends. Even the most successful prevention programs are unable to alter the aggressive behavior of popular bullies, who use cruelty to gain and maintain status,” the authors said. The popularity contests ubiquitous in secondary schools, the authors wrote, encourage peer bullying.

The authors suggest that efforts to support and strengthen adolescent friendships — such as broadening extracurricular offerings and hosting camps, trainings and retreats — could help de-emphasize popularity and reduce the “frenemy effect.”

This work was supported by Pennsylvania State University and the National Science Foundation under an IGERT award DGE-1144860, Big Data Social Science.