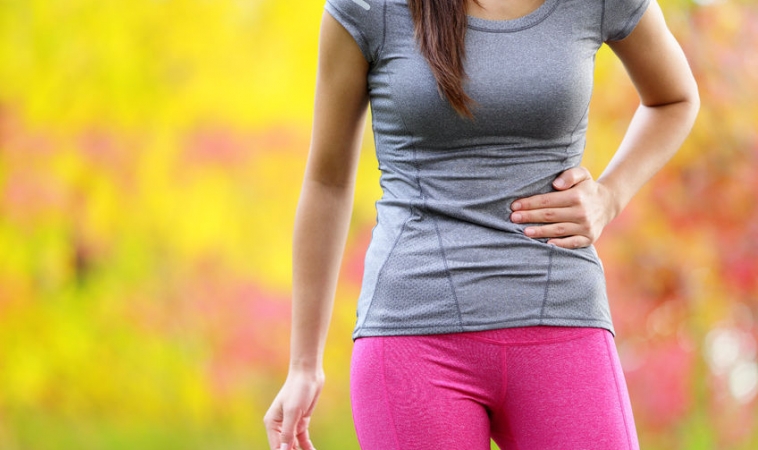 Recently we looked at various remedies for acne. Now, let’s look at a more generic symptom: stomach pain.Stomach pain could present as any remedy state, however, Morrison’s Desktop Reference lists a handful of “major remedies” and their keynotes. As with any acute presentation, matching the acute symptoms with an underlying miasmatic, or constitutional picture, will bring about the quickest and most lasting cure.

Pains of the stomach arising from food poisoning; acute gastritis. Can also be indicated in chronic gastritis and peptic ulcer disease. The quality of the pain will be a burning sensation in the epigastric region, worse in the middle of the night (12-2 am). It will also be worse with cold drinks/foods, and after eating in general. Arsenicum patients are better with heat, warm drinks, and milk. The stomach pains may be accompanied by chilliness, anxiousness, thirst, and the tongue may have a white film present.

When bryonia is indicated for acute gastritis they will be worse from the slightest motion, such as coughing, walking, or riding in a car. They will also be worse after eating starchy foods and alcohol. They will be better in the fetal position and after passing gas. They will be very irritable with a desire to be alone. They are often very thirsty, with a dirty white, or brown coated tongue.

In the chelidonium patient, they will often be worse around 4 am, and with pressure on the stomach. They are also worse with motion. The pain may radiate to the back (right scapula). Warm drinks, such as milk, will make them feel better, as will lying on the left side. They will be better after eating, after a bowel movement, and with heat. Tongue may be coated yellow, and the breath may be offensive.

This is a remedy that is sometimes used with gastric ulcer symptoms; gnawing or burning pains, with vomiting immediately after eating. They are often worse with cold drinks, fasting and after eating meat. They are generally better with eating (interesting since they will vomit after eating), better with milk and warm foods.

Kali Carb is used in chronic ulcers and gastritis. Pains are usually stitching or stabbing, and occur most often in the epigastrium. There may be a sensation of anxiety, or a bruised feeling in the epigastrium as well. They are generally worse between the hours of 2 and 4 am. Cold drinks after being overheated may make them worse, as does overeating. They don’t do well in cold, damp weather. They are better sitting bent forward, moving around and drinking hot drinks.

Lycopodium almost always has pains that are associated with gas and bloating. They are worse between 4 – 8 pm or at 2 am. They don’t do well eating beans or onions, or eating in general. Contrary to Kali carb, they are worse sitting bent forward. They find relief in rubbing their stomach, and after passing gas. A patient with a peptic ulcer may wake in the middle of the night and have to eat something.

Cramping and contracting sensations mark Nux Vomica. They may have reflux symptoms, esophagitis, and ineffectual burping sensations. They will be worse in the morning, after becoming angry or irritated, and after working a lot. They will also be worse after alcohol, coffee, tobacco and other stimulants. This is a major remedy for symptoms that become worse after eating. Nux vomica is the major remedy for alcoholic gastritis. They are better with warm drinks and warmth in general.

Phosphorus is best known for its vomiting soon after liquids become warmed in the stomach. They will enjoy and be made better, by drinking cold drinks, but then it will warm up in the stomach and they’ll vomit. They are worse after a scare and from warm foods/drinks. They may vomit bright red, unclotted blood.