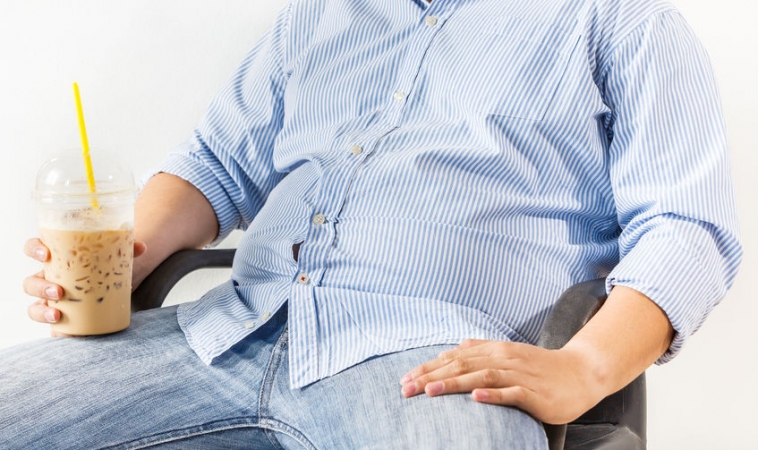 Obesity has been shown to be associated with male infertility. A recent report in the journal Frontiers in Physiology,explains why this is. The study looks at the increased levels of inflammatory markers in seminal fluid, lower sperm quality, both of which correlate to body mass index (BMI).1 The conclusion of the research is that chronic inflammation may be impacting the male reproductive organs in ways which negatively impact fertility.

Obesity is arguably the single greatest global health threat we face today. Obesity is linked – though perhaps not the causal factor – to many metabolic disorders, virtually all cardiovascular concerns, and chronic disease in general. A major contributing factor to the insidious effects of obesity is how obese individuals develop chronic inflammation in their tissues, leading to organ dysfunction. This organ specific chronic inflammation led researchers in China to study its effects on the male reproductive system.

Studies have linked chronic inflammatory states to dysfunctional sperm production in the past, but it has been unknown if obesity-related inflammation could truly influence fertility. This team of researchers from China specifically looked at obesity’s effect on the male genital tract.

The investigation involved a typical mouse study that looked at the differences between male mice fed a high fat diet and those fed a normal diet. The group fed the high fat diet developed obesity, which led to chronic inflammation and structural changes in the testes as well as changes in sex hormone expression. Testosterone was decreased. Testosterone, among other things, contributes to the blood-testes barrier integrity – this is important in protecting the delicate structures of sperm/semen production. The mice also displayed increased levels of inflammatory proteins in their semen. These proteins have been seen to impact sperm function.

The research then moved on to human subjects. They looked at sperm quality and inflammatory markers in 272 donors – 82 healthy weight donors, 150 overweight, and 40 obese. Significantly increased amounts of inflammatory proteins were observed in the overweight and obese donors. The levels correlated with BMI. The sperm concentration and function was also diminished in these 2 groups. Concentration and motility of sperm are two key indicators of male fertility.