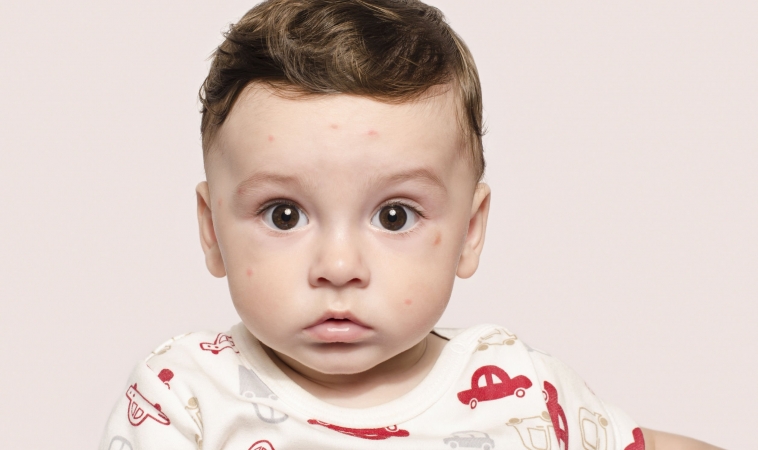 Research that may come to affect contact tracing and infection control measures in future measles outbreaks has now been presented. A study of an outbreak of measles in Gothenburg, Sweden, a year ago, shows large differences in the risk of transmission from one patient to another.

During the measles outbreak in Gothenburg, Sweden, 2017-18, the majority of cases (16 of 28) had ‘breakthrough infections’: that is, measles in previously immunized individuals, many of them being healthcare workers.

‘Breakthrough measles’ did not cause any onward transmission

The study concerned, published in the journal Eurosurveillance, shows that cases with ‘breakthrough measles’ had lower virus levels (a relatively low ‘viral load’) in the upper respiratory tract, and had less cough, than measles in unvaccinated individuals. Moreover, the former did not cause any onward transmission.

A regular clinical investigation yields no reliable answer about the type of measles a person has: the breakthrough type of measles infection or the highly infectious ‘naïve’ (‘first-time’ or primary measles) type. However, the study shows that it is feasible, with routine laboratory methods, to distinguish breakthrough infections from ‘naïve’ infections.

According to the researchers, the results should help to rapidly identify who has which type of measles during an outbreak, thereby facilitating infection control measures by limiting contact tracing around breakthrough infections.

‘To identify breakthrough infections at an early stage, we propose a fast-provisional classification to support decisions on contract-tracing measures during a measles outbreak,’ says Associate Professor Lars-Magnus Andersson, the senior researcher behind the study, and also Senior Consultant and Head of the Department of Infection Prevention and Control at SU.

‘Vaccine infections’ (caused by the vaccine itself) also diagnosed

Of 28 measles cases identified the Gothenburg outbreak, 16 were breakthrough infections and 12 naïve infections. In addition, six ‘vaccine infections’ (caused by the vaccine itself) were also diagnosed. In the study, patient records were reviewed retrospectively and all cases of measles infection were classified as either naïve, breakthrough or vaccine infection.

Comparisons of clinical data and viral load were carried out between naïve and breakthrough infections. The study was performed in collaboration with the Departments of Communicable Disease Control in Region Västra Götaland and the infectious-disease control unit at Sahlgrenska University Hospital.

From the University of Gothenburg