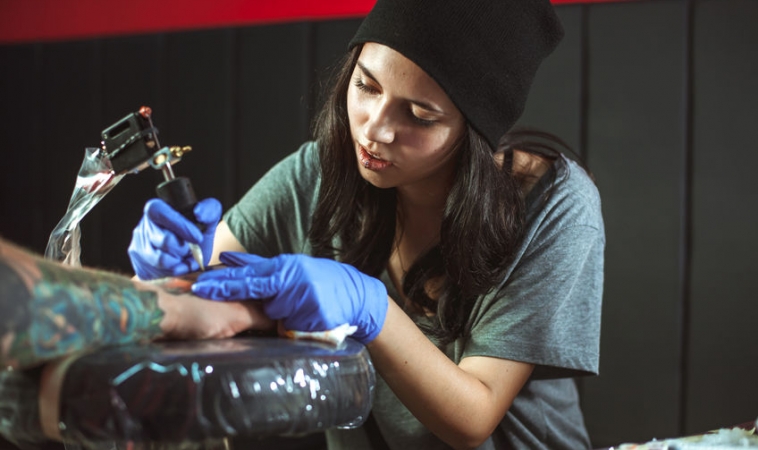 Tattoos of Many with Many Potential Side Effects

Many of us have tattoos. In fact, tattoo culture has become extremely widespread in the popular mainstream culture, and many of us don’t think anything of the possible health risks associated with it. Aside from the obvious risks of hepatitis, HIV, and other blood borne pathogens that happen accidentally, from contaminated needles, or fluid exchange while bleeding (saliva, sweat, etc), there is also the question of whether the ink that is introduced into the skin has an impact on the body at large. This was the subject of a recent study out of Germany.1

The study found that elements making up a tattoo’s ink actually reach lymph nodes and circulate around in the lymph as micro and nano-particles. This is the first time that a study has analyzed toxic elements, from both organic and inorganic pigments from tattooed tissue. The study points out that most people choose tattoo parlors based on the sterility of the environment, because blood borne pathogens are the number one concern. However, the chemical composition of the ink that is being used is also important.

There are many possible impurities and toxic elements present in the various colors used to create a tattoo. Most do use organic pigments, but they can also contain contaminants such as chromium, nickel, cobalt, or manganese. In addition to carbon, titanium dioxide (TiO2) is the most widely used component in the tattoo ink. TiO2 is a white pigment that can be used in shading by its addition to other colors. TiO2 is also used as a food additive and sun screen. It is the TiO2 that is thought to be the cause of the itching that occurs after a new tattoo (as well as the delayed healing).

Ink Components, such as TiO2, Deposit in Lymph Tissue

The research team found that ink components, such as TiO2, deposit in lymph tissue, actually dying the tissue inside the lymph nodes the color of the tattoo. Also, surrounding the tattoo there was found to be chronic tissue changes – maybe not be an issue for an isolated tattoo, but significant for large areas of the body that are inked. Within the lymph system, it appears that the ink’s components are traveling as nano-particles throughout the entire body. The exact biological effects of this are not yet flushed out, however, the research team does suspect that long term enlargement results. They also suspect that this does result in lifelong exposure.