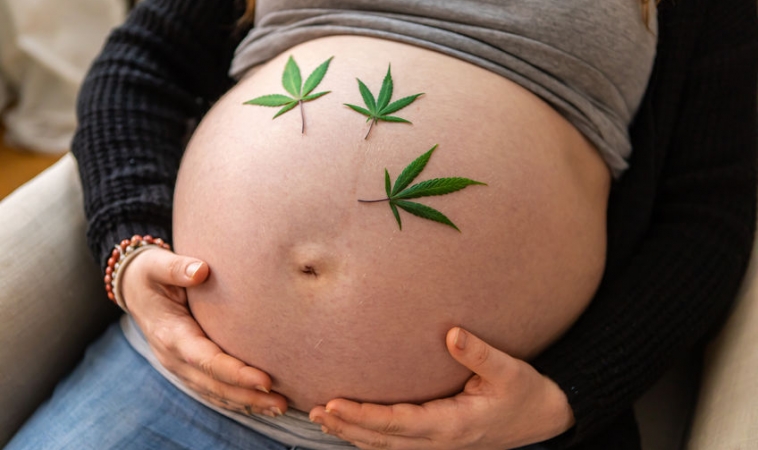 In a new study published in JAMA Pediatrics, researchers at Children’s Hospital Colorado (Children’s Colorado) have found that tetrahydrocannabinol (THC), the psychoactive component of marijuana, stays in breast milk for up to six weeks, further supporting the recommendations of the American Academy of Pediatrics, the American College of Obstetricians and Gynecologists and the Academy of Breastfeeding Medicine to abstain from marijuana use during pregnancy and while a mother is breastfeeding. This is the first study examining THC in breastmilk and plasma among women with known marijuana use in pregnancy since a 1982 study in the New England Journal of Medicine.

“With the increasing utilization of marijuana in society as a whole, we are seeing more mothers who use marijuana during pregnancy,” said Erica Wymore, MD, MPH, primary investigator, neonatologist at Children’s Colorado and assistant professor of pediatrics at the University of Colorado School of Medicine on the Anschutz Medical Campus. “However, given the lack of scientific data regarding how long THC persists in breast milk, it was challenging to provide mothers with a definitive answer regarding the safety of using marijuana while breastfeeding and simply ‘pumping and dumping’ until THC was no longer detectable in their milk. With this study, we aimed to better understand this question by determining the amount and duration of THC excretion in breast milk among women with known prenatal marijuana use.”

The researchers studied women with prenatal marijuana use who delivered their infants at Children’s Colorado and UCHealth’s University of Colorado Hospital between November 1, 2016, and June 30, 2019. Specifically, researchers recruited women who:

Of the 394 women who were screened, 25 enrolled. Seven of these women were ultimately able to abstain from marijuana use for the duration of the study. Reasons listed for the others’ inability to abstain included stress, sleep and pain relief.

The study found that, while the concentrations of THC varied from woman to woman (likely depending on their level of use, BMI and metabolism), THC was excreted in the breast milk of these seven women for up to six weeks. In fact, all of the women still had detectable levels of THC in their breastmilk at the end of the study.

“This study provided invaluable insight into the length of time it takes a woman to metabolize the THC in her body after birth, but it also helped us understand why mothers use marijuana in the first place,” said Maya Bunik, MD, MPH, senior investigator, medical director of the Child Health Clinic and the Breastfeeding Management Clinic at Children’s Colorado and professor of pediatrics at the CU School of Medicine. “To limit the unknown THC effects on fetal brain development and promote safe breastfeeding, it is critical to emphasize marijuana abstention both early in pregnancy and postpartum. To help encourage successful abstention, we need to look at — and improve — the system of supports we offer new moms.”

Longitudinal studies from the 1980s have shown that children born to mothers who used marijuana during pregnancy experienced long-term issues with cognitive and executive functioning, including impulsivity, as well as deficits in learning, sustained attention and visual problem-solving skills.

“This study was not about the impact marijuana has on babies, but we are concerned,” said Wymore. “Especially when we consider that today’s marijuana is five to six times higher in potency than what was available prior to recent marijuana legalization in many states.”