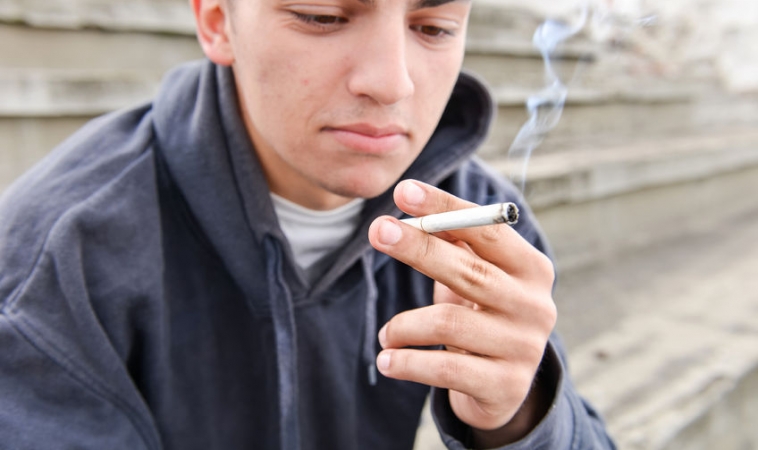 While adolescent use of tobacco has declined since the 1970s, it remains a persistent public health problem – and e-cigarettes are threatening to addict a new generation to nicotine. In a comprehensive set of policies issued during its National Conference & Exhibition, the American Academy of Pediatrics (AAP) presents extensive recommendations to protect our nation’s youth from the pernicious effects of tobacco and nicotine.

The AAP now strongly recommends the minimum age to purchase tobacco products, including e-cigarettes, should be increased to age 21 nationwide.

“Tobacco use continues to be a major health threat to children, adolescents and adults,” said Karen M. Wilson, MD, MPH, FAAP, chair of the AAP Section on Tobacco Control and section head of Pediatric Hospital Medicine at Children’s Hospital Colorado. “The developing brains of children and teens are particularly vulnerable to nicotine, which is why the growing popularity of e-cigarettes among adolescents is so alarming and dangerous to their long-term health.”

The AAP urges the U.S. Federal Food and Drug Administration (FDA) to regulate e-cigarettes and other electronic nicotine delivery systems the same as other tobacco products. This includes age restrictions, taxes, bans on advertising to youth, and bans on flavored products that are particularly attractive to youth.

Child-resistant packaging is critically needed to protect curious young children from exposure to liquid nicotine, according to the AAP. Liquid nicotine is extremely toxic; as little as half a teaspoon can be fatal if ingested by an average sized toddler. In 2014, there were more than 3,000 calls to U.S. poison control centers for liquid nicotine exposure, and one toddler died.

The AAP recommends smoke-free laws that already govern secondhand smoke be expanded to include e-cigarettes. The aerosol emitted from e-cigarettes is not harmless; it contains a variety of toxic chemicals, including some carcinogens and significant amounts of nicotine. Parents should not use e-cigarettes around their children, according to the AAP.

There is no scientific evidence that supports the efficacy or safety of e-cigarettes as a tobacco dependence treatment product. In fact, e-cigarette use among teens is associated with a higher likelihood of using regular tobacco and lower rates of smoking cessation. In 2014, more young adults reported using e-cigarettes than any other tobacco product. Pediatricians should screen and counsel children, adolescents, parents and caregivers for e-cigarette use.

To reduce the number of young people who begin to smoke or use other tobacco products, the AAP recommends regulations that will increase prices on tobacco products. Smoking and other tobacco products that produce toxic emission should be prohibited in all workplaces, including bars, restaurants and health care facilities, and they should be banned in places where children live, learn and play, including sidewalks, recreational and sports facilities, entertainment venues, parks, schools and dormitories, and multi-unit housing. Smoke-free homes and smoke-free vehicles should be promoted.

“Tobacco is unique among consumer products in that it severely injures and kills when used exactly as intended,” states the AAP policy statement, “Public Policy to Protect Children From Tobacco, Nicotine, and Tobacco Smoke.” “Protecting children from tobacco products is one of the most important things that a society can do to protect children’s health.”

Dr Richard Maurer, ND author of The Blood Code: Unlock the secrets of your metabolismand NaturalPath Expert weighs in on the findings, stating: 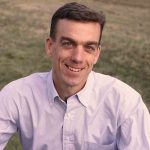 State and federal governments have to grapple with the new e-cigarette market and the explosion of vape shops that offer, in their words, an alternative to cigarette smoking. The American Academy of Pediatrics (AAP) has recently posted a statement, and regulators should listen—in fact, so should we all. The AAP is not a trade organization, nor is it a private interest group—the mission is simply stated, “[The AAP is] dedicated to the health, safety and well-being of infants, children, adolescents and young adults” As a naturopathic physician, so am I.

Many studies have raised profound questions about e-cigarettes as an “alternative”. In February of 2015, a study in Michigan surveyed 40,000 teenagers and found that over 8% of kids by fourteen years old had tried e-cigarettes versus 4% who had smoked cigarettes. By extension, another study out of the UK in late 2014 found that children who had tried e-cigarettes were seven times more likely to answer that they might start smoking tobacco cigarettes within 2 years versus kids that hadn’t tried either smoking method.

And as for safety, the chemical flavorings and additives in liquid nicotine compounds carry both known and unknown risks. A study of the e-cigarette power source, an electric voltage, produced up to 15 times more formaldehyde than a tobacco cigarette resulting in substantially greater cancer risk from this toxic compound versus tobacco cigarettes. I specialize in metabolic health and longevity—people see me, typically later in life, to prevent the very heart attacks and cancers that smoking increases. To view e-cigarettes as an alternative is, to me, absurd.

Let me throw a comparable at you. Elevated use of hard alcohol is associated with esophageal cancer, in part because of it’s topical irritation (this part is true). So what if we create an intravenous delivery of alcohol to allow the drink-effect but reduce the incidence of esophageal cancer? It could be a little IV port with “single-shot” injectable alcohol solutions. Even though I just made this up, it sounds possible…and absurd.