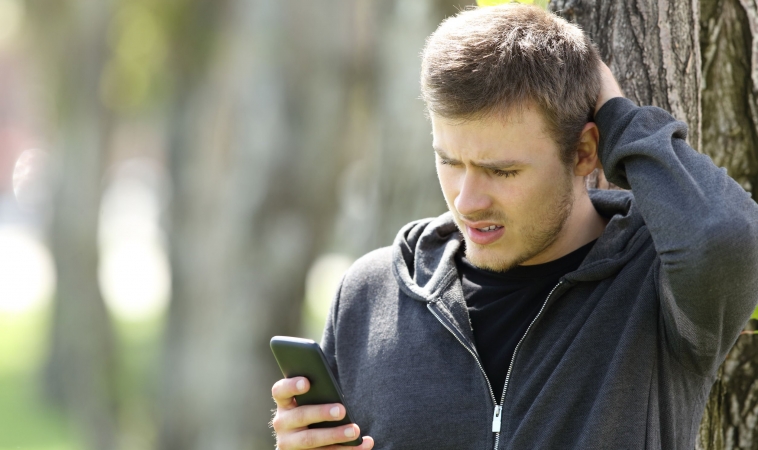 To help service members perform better in the field, military training emphasizes the importance of certain traits associated with traditional masculinity, including suppression of emotion and self-reliance. But when veterans return home, strict adherence to these traits can become detrimental, leading to more severe post-traumatic stress disorder symptoms and making it more difficult to treat, according to research published by the American Psychological Association.

“These findings suggest that veterans with rigid adherence to traditional masculinity may be at increased risk for developing PTSD, may have more severe PTSD symptoms and may be less likely to seek mental health treatment for PTSD,” said Elizabeth Neilson, PhD, of Morehead University and the lead author on the study.

The research was published in the journal Psychology of Men and Masculinities.

Data from 17 studies, comprising more than 3,500 military veterans, was analyzed

Neilson and her co-authors analyzed data from 17 studies, comprising more than 3,500 military veterans, conducted in the last 25 years that involved, at least in part, measuring the relationship between adherence to traditional masculine ideals and trauma-related symptoms. The studies primarily focused on men, but one included both male and female participants. While most studies were conducted in the United States, the researchers also included studies from Canada, the United Kingdom, Israel and Vietnam.

“Overall, we found that strict adherence to masculine norms was associated with more severe PTSD symptoms in veterans, but more detailed analysis suggests that the association may specifically be caused by the veterans’ belief that they should control and restrict their emotions. In other words, they should be tough,” Neilson said. This held true for both male and female veterans.

While all members of society are exposed to aspects of traditional masculinity, members of the military receive messages that normalize, reinforce and instill values of masculinity as part of their training, according to Neilson.

Previous research has found the following

“Previous research has found that military personnel report high levels of conformity to traditional masculine norms, such as emotional control, self-reliance and the importance of one’s job,” she said. “These values can promote self-confidence and skill-building in the field, but when a service member is confronted with physical or mental trauma, they can also contribute to more severe PTSD.”

Traumatic experiences, including combat and sexual trauma, can lead to feelings of powerlessness and hopelessness, both of which are in direct opposition to what society expects of men: That they should be strong and in control. The discrepancy between reality and societal expectations can exacerbate PTSD symptoms. Research estimates as many as 23% of veterans returning from Iraq and Afghanistan experience PTSD.

Adherence to masculine norms can also create barriers to getting necessary treatment, according to Neilson. Previous research on veterans returning from the wars in Iraq and Afghanistan found pride in self-reliance and a belief that one should be able to handle mental health problems on one’s own kept service members from seeking help when they needed it.

And even if veterans did seek treatment, the emphasis on stoicism and mental fortitude within both military culture and traditional masculinity could make treatment more difficult, she said. The two most widely used, evidence-based therapies for PTSD require explicit discussions of emotions, thoughts and behaviors related to traumatic experiences. PTSD is perpetuated by avoiding stimuli associated with a traumatic experience, including emotions. Successful PTSD treatment involves breaking that cycle of avoidance and confronting those stimuli, she said.

“Both military culture and traditional masculine ideals lead to the avoidance of disclosure and speaking about traumatic experiences, which may interfere with appropriate treatment,” Neilson said.

Another trend the researchers found

Another trend the researchers found was that veterans often try to reaffirm their masculinity following trauma, engaging in exaggerated stereotypical male behavior, such as aggression and increased sexual behavior, to compensate for the injury the trauma had on their identity, according to Neilson.

“In one study we reviewed, veterans reported engaging in frequent sex to avoid negative thoughts, because feeling sexually desirable temporarily suspended those negative thoughts about their self-worth,” she said.

APA published voluntary guidelines in 2018 recommending that therapists consider discussing masculine ideology and the effects of cultural expectations of men and boys when treating male veteran clients. Neilson hopes that future research will examine how clinicians already are addressing conformity to masculinity ideology in their treatment of PTSD.

“It would not surprise me if some clinicians are already considering how a veteran’s masculinity ideology contributes to their PTSD symptomatology and treatment engagement,” she said. “Consistent with APA’s recommendations, I suggest that clinicians discuss beliefs and adherence to traditional masculinity ideologies with the patients. This information is important for conceptualizing patients’ mental health and identifying specific behaviors to target in treatment.”