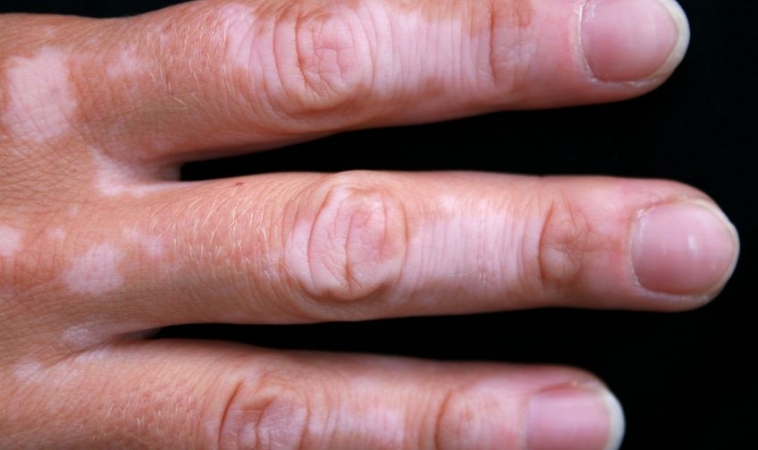 DETROIT – Hope is being offered for those scarred by the unsightly discoloration of vitiligo, according to a new study.
The treatment is safe and effective in restoring skin pigmentation, said lead author Dr. Henry Lim, chairman of dermatology at Henry Ford Hospital in Detroit.

The study was published in September’s online edition of the Journal of the American Medical Association-Dermatology.
Vitiligo is a skin disease that causes patches of white to appear in various sizes and locations on the body. It develops when cell melanocytes are killed by the body’s immune system. It has no cure, and can cause self-esteem and depression among its victims.

Phototherapy used alone is the treatment of choice for many patients with widespread vitiligo and has shown to be somewhat effective but with highly variable re-pigmentation.

Fifty-five patients were studied at four sites:; Henry Ford, Icahn School of Medicine at Mount Sinai in New York, the Pigmentation Institute of Southern California and the University of California Davis’ Department of Dermatology.
The multi-center study randomly divided patients into two groups, one received the combined therapy and one only underwent NB UVB treatment.

Re-pigmentation occurred faster in patients in group one (within 40 days) when compared to group two (within 60 days), the study shows.

Dr. Anne Williams, who lists dermatology as one of her specialities at her Manhattan clinic Inner Source Health, said vitiligo is usually associated with autoimmune disorders. She said, as a naturopathic doctor who uses natural treatments versus synthetic drugs to treat disease that she is going to wait and see about the findings of this research until it is properly vetted.

“My feeling is any sort of new drug needs 10 to 20 years to see how effective it is. Fair to say I am skeptical, maybe more about the safety than the efficacy,” Dr. Williams said, adding that she said sometimes vitiligo can be partially treated with vitamin B-12 along with other treatments.