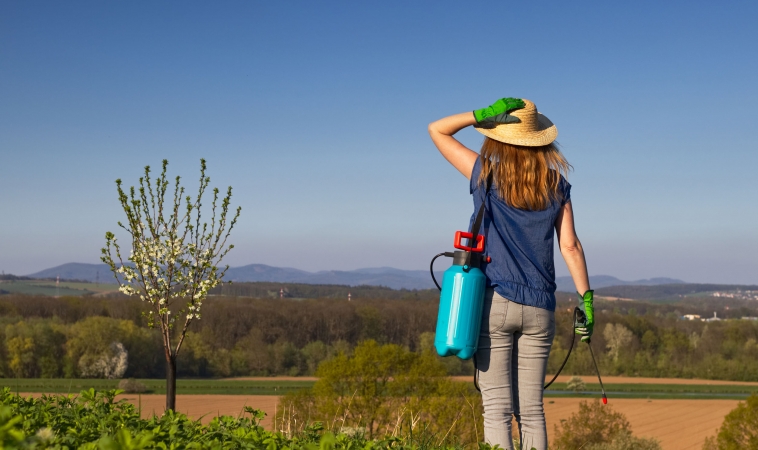 There have been studies that have found a significant association between 2 agricultural pesticides – paraquat and maneb – and Parkinson’s disease. Until now, it has not been understood why exposure to these chemicals puts some at increased risk, but not others. A new study from the University of Guelph has uncovered why this disparity exists.1

Exposure to low levels of agrochemicals disrupts cells, mimicking effects of mutations that cause Parkinson’s disease

It has been shown that exposure to low levels of these agrochemicals disrupts cells in a way that actually mimics the effects of mutations that cause Parkinson’s disease. When these chemicals are added to people with a predisposition to Parkinson’s disease, the risk rises dramatically.

Individuals with genetic predisposition were seen to have a 250-percent higher risk of developing Parkinson’s disease than the average population. The study came out of an interest in this more susceptible population.

Paraquat and maneb – These pesticides are used as crops grow, and to prevent spoilage.

How the study was performed

The study used stem cells from Parkinson’s patients who had a genetic mutation in a gene called synuclein, which is very highly associated with an increase in Parkinson’s risk, as well as normal embryonic stem cells that the mutation was then added to through gene editing.

First research of its kind, reflecting what occurs with pesticide exposure inside the cells

The link between pesticides and Parkinson’s disease has largely been based on animal cells and epidemiological research that showed increase risk among farmers. This is the first research showing what is happening with pesticide exposure inside the cells.

Researchers made dopamine-producing neurons from 2 types of stem cells

The researchers made dopamine-producing neurons from the 2 types of stem cells – these are the types of neurons that are affected in Parkinson’s disease – then exposed each to paraquat and maneb.

Mitochondria, the energy producing part of the cell, were prevented from moving around within the cell to provide energy for the neuron. Neurons from Parkinson’s patients and individuals who had genetic risk factor introduced became dysfunctional at doses of the pesticide below what the EPA reports as not having an effect. Higher doses were seen to effect function in normal neurons.

The authors of the study conclude that “[t]his study shows that everyone is not equal, and these safety standards need to be updated in order to protect those who are more susceptible and may not even know it.”​