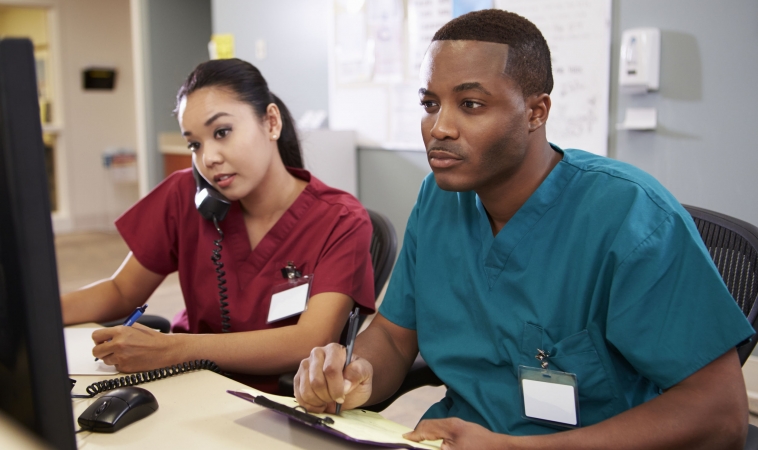 What do we do when the complexity of our lives is preventing us from making changes to improve our health?

According to a new study, changing multiple behaviors may not be realistic for individuals in high stress jobs with demanding and variable schedules. The study was conducted using nurses, however occupations with similar demand elements may be relevant to consider.

The research on nurses has found that less than 10 percent meet guideline recommendations for physical activity or healthy eating. In 2017, the American Nurses Association announced that 2017 would be the “Year of the Healthy Nurse,” and implemented programs to help nurses reach health goals. What was found, and noted in this study, was that despite having access to pedometers, smartphone apps, and access to social support via Facebook group, the participants in the study were not able to change diets and physical activity at the same time.

“The complexity of nurses’ working environment limits the number of workplace programs to help them achieve and maintain a healthy lifestyle,” said lead author Luciana Torquati, PhD, School of Human Movement and Nutrition Sciences, University of Queensland, Brisbane, Australia. “This study’s aim was to evaluate and understand key factors to overcome the barriers to creating programs to help them change unhealthy behaviors.”

47 nurses were recruited for the study

Forty-seven nurses working in emergency departments, intensive care units, and inpatient facilities were recruited for the study. The majority were female, working full time, and more than 50 percent worked at least one overnight shift. Initial assessment included body measurements and questionnaires about self-rated health, interest in changing health behaviors, as well as social support. Participants were asked to wear an accelerometer for a week, and to set realistic health goals, concentrating on small and sustainable changes to diet and physical activity.

To support their goals during a three-month period, tools were included such as pedometer, smartphone app and Facebook group. At the end of the three months questionnaires, body measurements were again taken, and an accelerometer was used to track any changes in physical activity. This was also gathered at six months to rate sustainability of change.

Findings were that fruit and vegetable intake did increase significantly, but activity decreased slightly. Feedback suggested that dietary changes were simply easier to implement than physical activity changes. The tools were largely unused, and not considered helpful.

Commentary on the study underlines key points in facilitating change within any group, or individual, but likely even more so when such complex and rigid obstacles to change are involved. “There was a discrepancy between what nurses said they wanted during the study and what they were prepared to do,” said Dr. Torquati. “Future studies should take into consideration a person’s primary motivation plus readiness to change when creating strategies.”