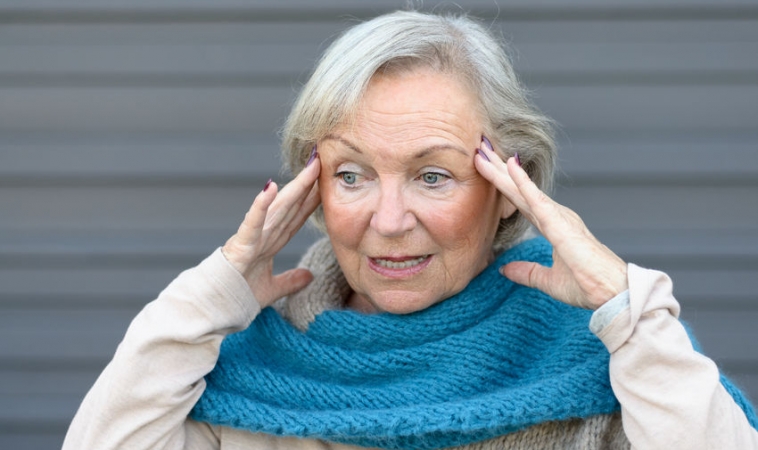 New research into Alzheimer’s disease (AD) suggests that secondary infections and new inflammatory events amplify the brain’s immune response and affect memory in mice and in humans — even when these secondary events occur outside the brain.

Scientists believe that key brain cells (astrocytes and microglia) are already in an active state due to inflammation caused by AD and this new research shows that secondary infections can then trigger an over-the-top response in those cells, which has knock-on effects on brain rhythms and on cognition.

In the study, just published in Alzheimer’s & Dementia, the journal of the Alzheimer’s Association, mice engineered to show features of AD were exposed to acute inflammatory events to observe the downstream effects on brain inflammation, neuronal network function and memory.

These mice showed new shifts in the output of astrocytes and microglia and displayed new cognitive impairment and disturbed ‘brain rhythms’ that did not occur in healthy, age-matched, mice. These new onset cognitive changes are similar to acute and distressing psychiatric disturbances like delirium, that frequently occur in elderly patients.

Although it is difficult to replicate these findings in patients, the study additionally showed that AD patients who died with acute systemic infection showed heighted brain levels of IL-1β — a pro-inflammatory molecule that was important in causing the heightened immune response and the new onset disruptions seen in the AD mice.

Colm Cunningham, Associate Professor in Trinity’s School of Biochemistry and Immunology, and the Trinity Biomedical Sciences Institute, led the research. He said:

“Alzheimer’s disease is the most common form of dementia, affecting more than 5% of those over 60 and this distressing, debilitating condition causes difficulties for a huge number of people across the globe. The more we know about the disease and its progression the better chance we have of treating those living with it. We believe our work adds to this knowledge base in a few ways. Primarily, we show that the Alzheimer’s-affected brain has a greater vulnerability to acute inflammatory events, even if they occur outside the brain.

Placing this within the context of the slowly evolving progression of AD, we propose that these hypersensitive responses, now seen in multiple cell populations, may contribute to the negative outcomes that follow acute illness in older patients, including episodes of delirium and the accelerated cognitive trajectory that has been observed in patients who experience delirium before or during their dementia.”

The research was supported by the US National Institutes of Health (NIH) and by the Wellcome Trust.