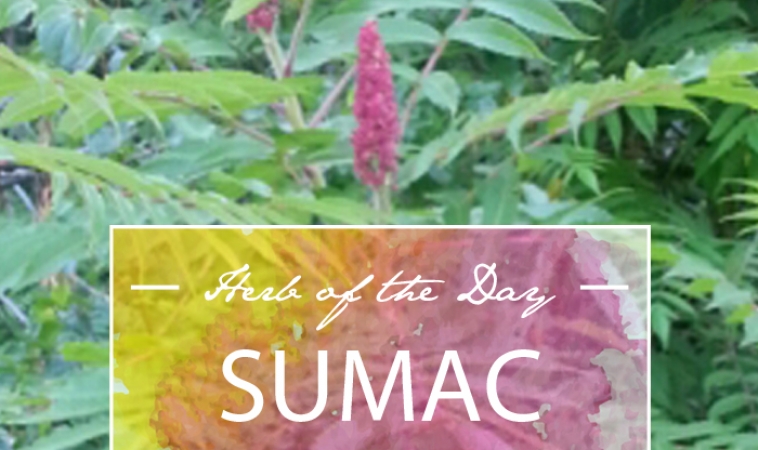 Yesterday I discussed my fears of the Apiaceae family, Sumac has been another of my fears. Anyone who has ever ventured out into the wilderness has heard of the agony inspiring triad of poison ivy, poison oak and poison sumac. But, I’ve been researching my finds and am confident that this stuff with its fruity red spike is not the poisonous variety. The poisonous stuff has white berries.

This one here is Staghorn Sumac (Rhus typhina) and its fruity spikes are known as drupes. The fruit is high in vitamin C and therefore tastes lemony. It is common to make a lemonade substitute from the Sumac berries, because if you’re in the Northeast like me, this stuff grows all around you and lemons come from far away.

Sumac is also sold as a spice made from the dried, seeded and ground fruit. It is commonly found in Middle Eastern markets and is in the spice mix za’atar. Read more about making your own sumac spice here.

Prior to this endeavor of mine, I knew almost nothing other than the berries tasted like lemon and that sumac was also a spice. It is not commonly used as a modern botanical medicine, but I found an excellent article from an Iowa herbalist discussing sumac’s many benefits from various parts of the plant. Check it out here: http://deernationherbs.com/tag/rhus-typhina/