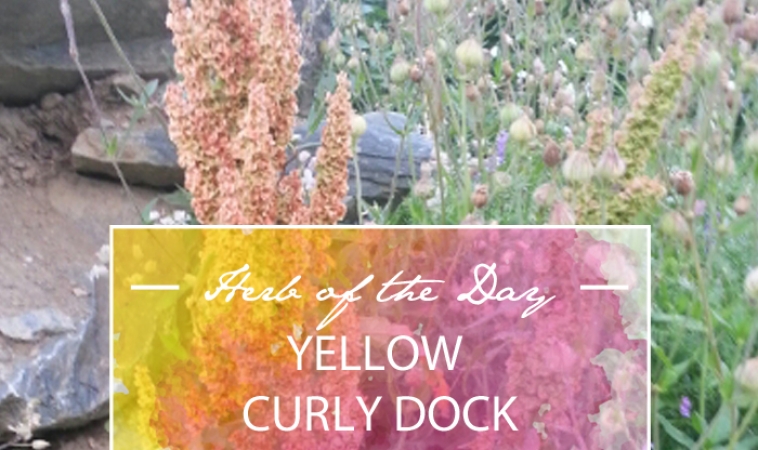 Yellow Dock or Curly Dock (Rumex crispus) is harvested for it’s roots or mucilaginous new leaves in its leaf sheath. I haven’t seen many of these on my walks and I’ll be sure to leave them, because harvesting a plant for its root obviously destroys it. Not that I’ve been harvesting many of my finds, I like the challenge of writing more than the challenge of making.

Curly dock is mostly known as a cleansing herb because it is a stimulating cholagogue and mild laxative. But in small amounts, it is also good to help inflammatory conditions of the entire GI tract from mouth ulcers to persistent diarrhea.It is also used to help treat iron deficiency anemia because it is a minor source of iron and assists in the absorption of iron. The mucilaginous leaves can be used externally as a healing application.

This herb is actually not something I use, even though it is more of a gentle laxative. In my opinion, there are far more important aspects of gut wall improvement that need to be performed for long lasting relief. Furthermore, I don’t see that high doses of chologogues to stimulate the aperient actions, provide more than temporary relief for chronic situations. Acutely, however, this herb can be very helpful.