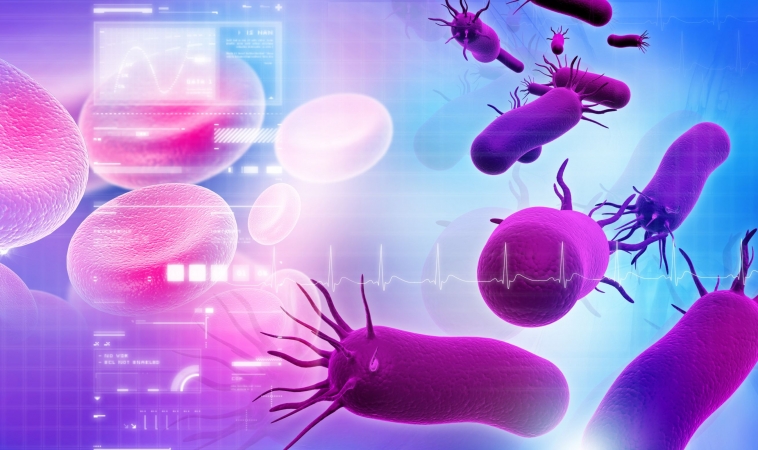 If you have been paying attention to natural health lately, you probably haven’t been able to escape the explosion of research on the microbiome and its role on health. These little critters that line our insides and take residence in our inner tubes affect everything from our mood to cancer risk. However, the prevailing populations, diversity, and types (genus and species) of these tiny friends of ours is important in if they will be producing overall benefit or detriment to our body.

Recently, a rodent study compared what would happen when mice bred to have mutations in a gene mutation ATM were populated with either “restricted” (less pathogenic) or “conventional” bacteria. (This mutation of ATM is linked to a neurologic disorder called ataxia telangiectasia and is associated with increased risk for leukemia, lymphomas and other cancers). According to the authors of this study published in PLOs One, “The different mice strains used in this study were defined as follows: Atm-KO-RM (Atm knock out mice carrying restricted microbiota); Atm-KO-CM (Atm knock out mice carrying conventional microbiota); WT-RM (wild type mice carrying restricted microbiota); and WT-CM (wild type mice carrying conventional microbiota).”

Previously the authors had demonstrated that onset of lymphoma in mice could be delayed till 7–12 months related to changes in intestinal microbiota, specifically with an increase in Lactobacillus johnsonii and reduced lymphoma incidence by administering the antioxidant N-acetyl cysteine.

The authors then analyzed fecal and urinary metabolite to assess for differences in cancer outcomes of the rodents based on the population of bugs that populated them. Interestingly, the researchers found that the restricted mice had more beneficial metabolites that were associated with modulation of inflammation and cancer outcomes. For the biochem geeks out there, here’s one cool excerpt of a result in fecal analysis:

“The Atm-KO and WT-RM mice showed statistically significant upregulation of a number of metabolites including homophenylalanine, sphinganine, methyluridine and riboflavin sodium phosphate. There was an elevation in the levels of kynurenic acid (a tryptophan metabolite) [53]. RM mice also showed elevation in the fecal levels of riboflavin phosphate (Vitamin B2), which is a precursor of flavin adenine dinucleotide (FAD) and flavin adenine mononucleotide (FMN) that are essential cofactors of TCA cycle. In addition, Atm-KO-RM mice showed alterations in relative abundance of free fatty acids, secondary bile acids as well as tripeptides as compared to the Atm-KO-CM mice (Table 6). WT-RM mice showed differentials levels of a number of glycerophospholipids, di- and tripeptides as well as fatty acids.”

The authors summarized the protective effects of beneficial metabolites as follows:

“Using a high resolution mass spectrometry approach, we then asked how this translates into metabolic changes in mice that are genetically identical but differ only in their gut microbiome composition. Surprisingly, we did not find differently abundant metabolites in blood profiles (data not shown). Moreover, our results from the analysis of urine and fecal samples suggest that distinct intestinal microbiota cause a metabolic shift towards the upregulation of metabolites including kyneurenic acid, methyladenine and 3-methybutyrolactone that may attenuate cancer-promoting signaling pathways, reported to be associated with an onco-protective phenotype independent of the genotype of the mice. We found that intestinal microbiota restriction in Atm-deficient mice led to a 2.5-fold extension of lymphoma latency and 4 fold increased longevity, and significant differences in chromosomal genotoxicity, oxidative DNA damage and inflammation…”

This is not the first study to show decreased tumor formation in “germ free rodents.” Several studies have also demonstrated a decrease in cancer incidence in rodents receiving antibiotics and ridding of harmful bacteria. Furthermore, many are familiar with the clinical correlation between the pathogenic organism H. pylori and gastric cancer.

More and more, it is becoming clear that how we modulate the environment in our gut (through diet, lifestyle, avoidance of toxins and unnecessary medications, exercise, supplements, probiotics, and stress modulation) can decrease or increase our risk for cancer and chronic diseases. (I review some of this evidence in an upcoming blog post.) In other words, these critters in our insides effect our biochemical processes to modulate gene expression in a profoundly powerful way. The current rodent study provides more in vivo evidence that we, and our four-legged friends, may really just be the results of what our microbes eat!