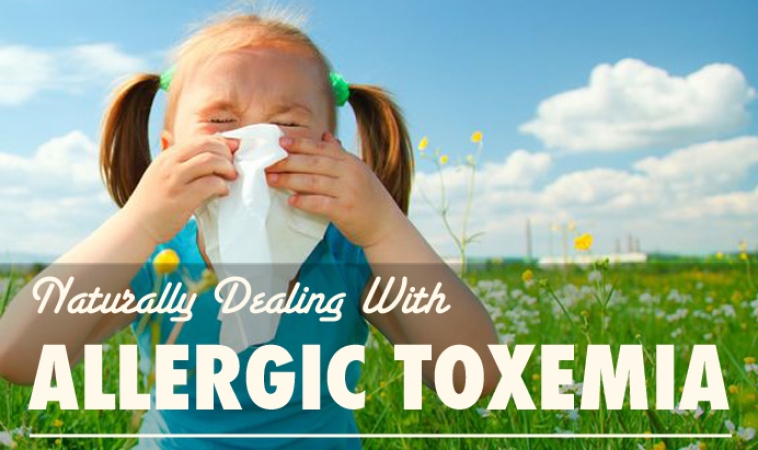 Most everyone will experience an allergic reaction at some time in their life as hypersensitivity reactions are the body’s way of defending against foreign invaders while enhancing the immune system development. It is also the body’s way of letting us know that we need to identify and eliminate what ever it is that is causing the reaction. Allergic reactions become problematic when they are excessive such as with an anaphylactic reaction, or prolonged as can occur during allergy season. There are 4 general classifications of allergic reactions. A type I reaction involves IgE that binds to basophiles and mast cells resulting in histamine release, type II which are cytotoxic reactions due to antigen/antibody interactions, type III which are immune complex reactions, and type IV which are cell mediated reactions, delayed or tuberculin like hypersensitivity reactions due to sensitized T lymphocytes. While these classifications are used to describe the various hypersensitivity reactions seen by physicians, in actuality there may be more than one occurring at the same time and the interactions between them are not well understood.

One of the most commonly encountered allergic reactions are the type I variety, a hypersensitivity reaction due to the release of histamine. Usually experienced as allergic rhinitis or hayfever, it is commonly seen during times of increased pollination by trees and flowering plants such as in the spring or grasses during the summer months and weed borne pollens in the fall. During the winter months they are associated with house dust, animal dander and reactions to heating fuels.

What is Allergic Toxemia?

The term “allergic toxemia” was used to describe the anxiety, fatigue, muscle and joint aches, drowsiness, poor concentration, and depression often seen with allergies. Symptoms tend to wax and wane depending upon the amount of exposure, ability of the immune system to neutralize the offending agent, stress, diet and nutritional status, state of the person’s emunctories (organs of elimination), and the used of over-the-counter medications to control symptoms.

From the naturopathic perspective, environmental allergies are almost always preceded by food allergies and clinically, when they are addressed; the seasonal allergies disappear or become less severe and are less frequently encountered. It is felt that the development of food allergies taxes the person’s immune system to such an extent that it is unable to mount a significant defense to the environmental pollens encountered seasonally. Therefore, the person experiences “allergic toxemia” or allergic tension fatigue syndrome as it is also known. Eventually, the other types of allergic reactions may ensue resulting in autoimmune disease or more severe hypersensitivity reactions.

Food allergies have been associated with a number of conditions such as anxiety, aphthous stomatitis, asthma, atopic dermatitis, attention deficit disorder, autoimmune diseases, chronic fatigue syndrome, depression, irritable bowel syndrome, migraine headache, interstitial cystitis, multiple sclerosis, otitis media, rheumatoid arthritis, sinusitis, and urethritis. While specific treatments and medications have been used for each of these conditions, a concomitant use of an elimination and reintroduction diet for elimination of food allergies have made these treatments more successful, and in many cases have allowed the person to no longer need medication.

Children who are breast fed for the first year of life have fewer problems with allergies than those who do not. Additionally, those children who were fed cows milk were much more prone to developing allergies than the breast fed infants. In my experience those children who received raw milk fared better than those who consumed pasteurized milk. Children who are from families that have a past history of allergies are more likely to develop them as well as if they are exposed to second-hand cigarette smoke.

When we are exposed to potential allergens, the body will begin to react, letting us know that there is an offending agent present. Food allergy symptoms include, upset stomach, heartburn, acid reflux, belching, gas and bloating, chronic constipation or chronically loose stools, alternating constipation and diarrhea, nausea, low energy, runny nose, swollen tonsils and adenoids, Eustachian tube swelling and sinus congestion. Occasional skin eruptions and rashes may also be seen. If any of these are encountered it is a warning that something needs to be changed in the diet.

As a child’s immune system is developing it is not unusual that they exhibit a few allergic signs such as a runny nose, mucus discharges, occasional low grade fevers, periodic diarrhea and coughs and sneezing. These are usually seen for brief periods of time and then go away as the immune system has completed its work and move on to the next “bad guy”. It is when the process becomes prolonged and they are unable to move past it that intervention is needed. This usually involves additional nutrients such as Vitamin C and B complex, identification and elimination of the offending agent. Homeopathic medicines have proven to be very useful in the treatment of allergic symptoms in a number of studies. 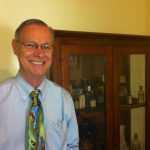 Thomas A. Kruzel N.D. is a naturopathic physician in private practice at the Rockwood Natural Medicine Clinic in Scottsdale, Arizona. He received a BA in Biology from the California State University at Northridge, and his Doctorate of Naturopathic Medicine degree from the National College of Naturopathic Medicine. Dr. Kruzel is also a board certified Medical Technologist. He completed 2 years of Family Practice Medicine residency at the Portland Naturopathic Clinic where he was chief resident prior to entering private practice. He also completed a fellowship in Geriatric Medicine through the Oregon Geriatric Education Center and the Portland VA Medical Center.

He has been an Associate Professor of Medicine at National College of Naturopathic Medicine where he has taught Clinical Laboratory Medicine, Geriatric Medicine and Clinical Urology. He is the author of the Homeopathic Emergency Guide A Quick Reference Handbook to Effective Homeopathic Carepublished by North Atlantic Books and Haug Publishers Germany, and has published numerous articles in The Journal of Naturopathic Medicine as well as other publications. He also is the author of theNatural Medicine Pediatric Home Health Advisor. He has been a member of the Alternative Medicine Review Editorial Review Board since 1997 and editor of the Clinical Medicine section of the Foundations Medical Textbook. He is also the past president of the American Association of Naturopathic Physicians and was selected as Physician of the Year by the AANP in 2000 and Physician of the Year by the Arizona Naturopathic Medical Association in 2003.