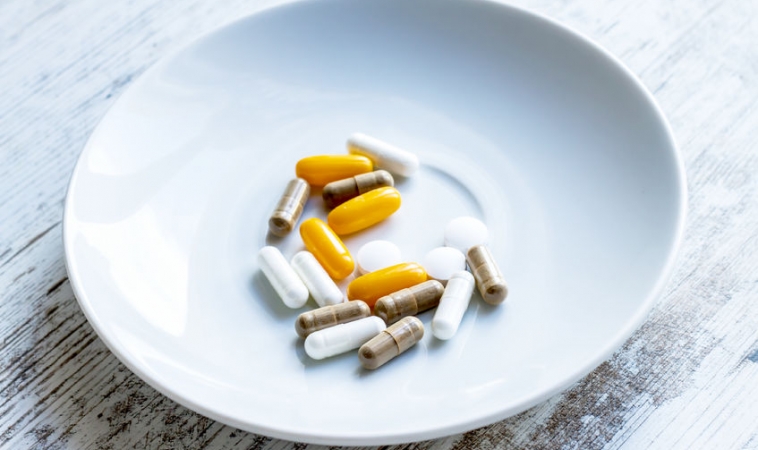 Last month, I discussed the sad statistics on healthcare and the issues of basing diagnoses on labs and imaging. Now, it’s time to discuss the big elephant in the room. It’s based on the fact that the treatment, which uses the potential biased lab markers and imaging could be contributing to harm. Most treatments today aim to suppress symptoms or manipulate the body to make markers appear “normal.” We aren’t necessarily sick because we aren’t getting “proper treatment.” According to the Center for Disease Control website:

The mean age was 77.4 years and the authors noted, “Most deaths in developed countries occur in people aged more than 65 years who have multiple chronic conditions that cause, or contribute to, death.” The authors determined that over 50% of the subjects received recommended drugs.

The conclusions were as follows:

We found no survival benefit with clopidogrel in those with atrial fibrillation or coronary artery disease. The results of randomized controlled trials for survival effect for clopidogrel among those with coronary artery disease are conflicting. The marginally decreased survival with atrial fibrillation may reflect the use of clopidogrel in those at high risk for whom warfarin or newer antithrombotics, known to be effective, were deemed unsafe. We lacked data on aspirin use so we cannot comment on the effect of aspirin and clopidogrel combination therapy. Unlike previous studies, metformin showed no association with survival among older people with diabetes in the current study.

In summary, the authors showed that we are using recommended drugs with no well-known effect across varying conditions. This study was a drop in the bucket and in itself had several limitations, including the observational design, the use of a certain demographic, and the fact that not all guideline drugs were included study.

The article summarizes it best as follows (parenthesis mine):

What this study adds

Similarly, a report in Health Day News recently reported that seniors with diabetes are being over-treated. The article reported on findings from a study of over 211,000 people with diabetes who were 70 years or older between 2012 and 2015. It stated, “When it comes to treating seniors with diabetes, new research suggests that doctors often don’t cut back on medications, even when treatment goals are surpassed.The study found that when people had potentially dangerous low blood sugar levels, just 27 percent had their medicines decreased. And when blood pressure treatments lowered blood pressure levels too much, just 19 percent saw a reduction in their medications…”4

A few weeks ago, I further discussed the dangers of even properly prescribed medications on my blog. Specifically, there was a study done that caused the media to badmouth supplement safety, and was quite misleading. The fact is that a large majority of these adverse effects were caused by weight loss supplements and energy drinks, often illegally laced with drugs. Furthermore, accidental ingestion and swallowing issues, also accounted for a large amount of reports.4,5 It should be noted that in comparison to medications, supplements, even with these factors taken into account, are far safer. 5-8

For example, a 2006 study in JAMA estimated that over a 2-year study period, 21,298 adverse drug event cases were reported. This translated to annual estimates of 701,547 individuals affected negatively by drugs and led to approximately 117,318 hospitalizations.

“In comparison, prescription drugs are responsible for 30 times as many trips to the emergency room each year,” the New York Times stated. 6

It is estimated that more than 700,000 individuals are seen in hospital emergency departments for adverse drug events each year in the United States. Nearly 120,000 of these patients need to be hospitalized for further treatment. This is an important patient safety problem, but many of these adverse drug events are preventable….7

This means that in a shorter period of time that took place in the above mentioned supplement study there were more harmful events attributed to a single drug, than to a whole category of dietary supplements. Yikes!

So medicine seems to be doing the same darn thing and expecting different results. This repetitive, ineffective action could be labeled as “insanity.”

According to Wikipedia, “In English, the word “sane” derives from the Latin adjective sanus meaning “healthy”. The phrase “mens sanaincorpore sano” is often translated to mean a “healthy mind in a healthy body”. From this perspective, insanity can be considered as poor health of the mind, not necessarily of the brain as an organ (although that can affect mental health), but rather refers todefectivefunction of mental processes such as reasoning.”

Truly, with the current health statistics; the potential biases, validity, and reliability issues with diagnoses measurements; the evidence of harm for common treatment; and the attack on alternatives that may, in fact, provide a safe alternative, could be labeled as “insane.”9

In the past, I wrote on my blog about how we can’t expect more access to a broken system to fix our current model. We need to change it. This is why I wrote BreakFree Medicine,which will be released early next year. My goal is to empower patients and doctors with a new perspective and approach to remedy the discouraging health outcomes stated above. It’s time for a broader definition of health, one that focuses on true vitality and the patient’s goals. We need a reunification of the soul with the science of medicine, healing, and a focus on wellness. It’s time to regain sanity and look objectively at where we have been, where we are, and base decisions on the facts. We need to make a change rather than continuing to be sucked down the rabbit hole. Will you join me, as well as the experts on this site, with the same goal?

Stay tuned for future blogs that will discuss some common and often overlooked factors that aren’t being addressed by conventional medicine that could be underlying reasons for poor outcomes.