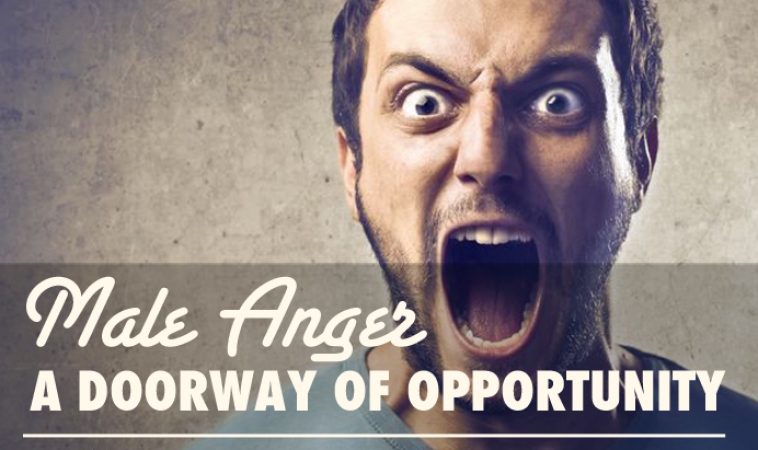 In this month’s blog, I’m going to pick up on last month’s discussion of anger and aggression, because I believe it to be of primary importance as a men’s health topic. Indeed, so important that I will be teaching a 3-credit course, Anger in Men, at MSU Denver next Fall. In my blog entry in March, I introduced the concept of anger as an expression that masks other uncomfortable feelings, a socialized consequence of traditional manhood. When many men feel uncomfortable emotions, they instantly become angry, often without ever having identified the primary emotion. This constitutes one type of aggression in men, known as affective rage, as defined by Moyer1 back in 1968. He describes other forms of animal aggression such as premeditated or predatory aggression, fear-induced aggression, as well as inter-male aggression, and sexual aggression, which are interesting to us academics, but I’m not sure it makes much difference for this discussion.

Be that as it may, the majority men’s anger might be characterized as defensive aggression/rage, as defined more currently by Siegel2. Men are habituated to defend against experiences of vulnerability and shame, reactively, in the form of aggression. (Read that again and see if you can’t see a bit of yourself in that statement.) The brain, specifically the amygdala, which is part of the limbic system, perceives the threat and reacts, much like a threatened animal, with very little input from the thinking brain. The prefrontal cortex, in the front part of the brain, would normally provide input as to whether a response is warranted, the quality of the perceived threat and the type of rational response that would be most beneficial. Many men, however, are conditioned or wired such that the modulation by the rational, thinking brain, is too slow, probably a remnant of caveman days when thinking, instead of reacting would have ensured the extinction of our genes! This top-down response is inhibited in individuals who have the condition known as Intermittent Explosive Disorder, a little known condition, in the Diagnostic and Statistical Manual of Mental Disorders (DSM), (because only in the past 10 years or so has it gotten any attention, likely because of the growing social awareness and non-acceptance of this type of aggression in men. And you thought you were just being an uncontrollable jerk! Well, maybe there’s truth in that. Just because there’s a diagnosis doesn’t mean it’s acceptable.

Anger is by its nature, ugly, despite our best intentions to clean it up, curtail it, modify it. But it is still anger, a raw, primal emotion. History’s greatest spiritual teachers, including Fr. Richard Rohr, Franciscan priest, founder of the Center for Action and Contemplation, and author of “Falling Upward”3, have always taught, “the way down is the way up.” Rohr says, “We grow spiritually much more by doing it wrong than doing it right”. (My son must be thinking I’m off the growth charts!) In other words, anger with all its ugliness, is a great teacher, because it teaches us about our humanity. It’s an invitation through the door of opportunity to accept oneself. I found an encouraging study regarding this very idea, which found that over half of all men thought that their anger provides some positive insight into their weaknesses.4

Acceptance as a Path

Imagine the transformation that could be possible if men were just encouraged to accept their faults, instead of getting rid of our anger, our imperfections. My suspicion is that aggressive behavior would decrease, because many men are angry, because they can’t control their anger. There is so much written about anger management and controlling anger, but rather than trying to put a pretty face on anger, what if men simply accepted that sometimes they are powerless to it? Might this be to the key to the transformation of a man’s powerlessness, shame and vulnerability into something useful?

An Exercise in Forgiveness

Try this one simple exercise. When you lose it-and I suggest that you don’t try not to, tell yourself, “oh, I guess I’m just like other men”, then smile. What’s done is done, it can’t be changed. The only thing to do is go forward, in another direction. It’s utter self-love and forgiveness (because everyone else will want to string you up by your, uh, jockstrap) and a doorway- to an opportunity to be a part of something bigger than you, humanity.

It’s not the only solution, but it’s the necessary first step.

In his practice on his farm, north of Denver, Dr Rissman works with men/boys confounded by behaviors related to anger/rage, anxiety, and depression in their lives.Dr. Steve Rissman is a full-time associate professor in the Department of Health Professions at Metropolitan State University of Denver, teaching in the Integrative Health Care program. He teaches Clinical Pathophysiology, Men’s Health, Men Across Cultures, Men and Anger, and several other classes. Dr. Rissman has studied, taught and worked in the field of men’s health for over twenty years and has lead the way in lighting the path for young men embarking on the journey to better know themselves. In a new facet of his professional life, Dr. Rissman is the primary investigator in a research project looking at qualities of great men- men who know their purpose in life and hold a larger vision for what is possible.